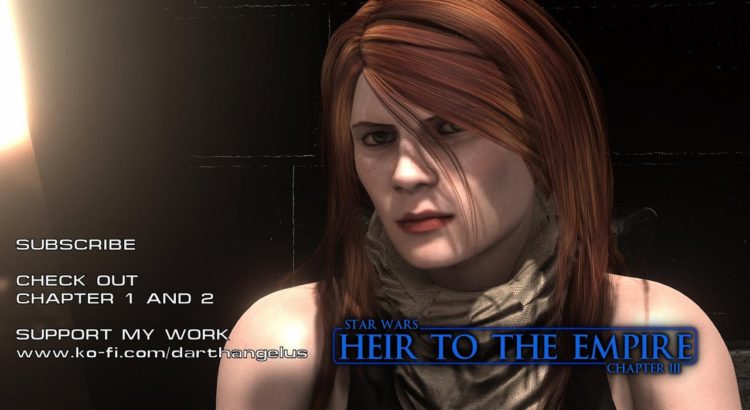 It’s here! The next chapter. Here we have Chapter 3 of Heir to the Empire, by Timothy Zahn. Adapted into a short fan film, for your viewing pleasure. If you’re not familiar with this series, you need to go back and watch Chapters 1 and 2 before you watch this one.

Trust me, it’s worth it. DarthAngelus has brought us something good in this series.

See the episode for yourself here:

If you’ve fallen behind like we had, this episode was released in December. I was so happy to see him keeping up with it and we’re going to bring you the rest of the episodes, too, for as long as he keeps doing it.