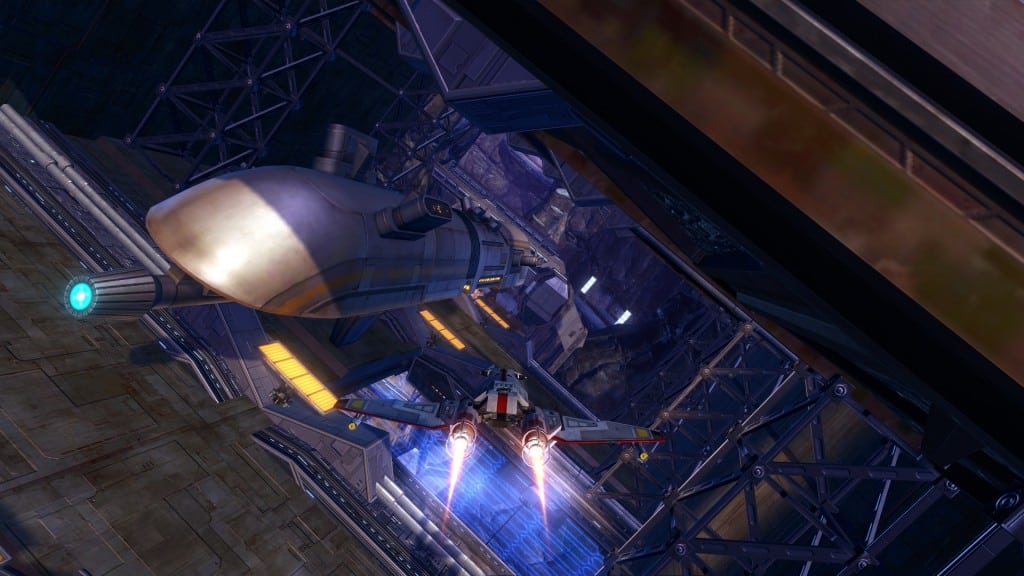 BioWare posted an update on the official forums today, letting us know, that there will be no new maps or ships coming with Shadow of Revan. Personally I’m not that surprised about this, as this game update came between major game expansions. I also feel space PVP have enough maps that the lack of new ones isn’t a big deal. What Galactic starfighter nees are some new game modes. There’s so many cool things they could do, it’s such a waste of potential to only have node capture and deathmatch.

Anyways. Check out the news below:

Howdy Space Jockeys! I wanted to pop in and let y’all know that there aren’t going to be any new maps or ships for GSF in 3.0. However, we are making a change to the Requisition curve in that all the Requisition rewards are getting a permanent boost. Remember though (because Musco would kill me if I didn’t say this) that this change is subject to testing and not final in any way. Here is a list of the changes for the Requisition that are going into 3.0 as of right now:

The reason we wanted to do this adjustment to Requisition Gain is we found while playing and sifting through the data that the ramp up time for new and moderate GSF players was taking too long and those players couldn’t match up against veterans most of the time, despite skill level. So we wanted to get players into the meaty part of the leveling curve and into a ship they really wanted to play faster. So with this goal in mind, after finishing the introduction quest players will be granted enough Fleet Requisition to purchase any ship (not the Cartel Market ones though) they’d like. In addition to aid experienced players, daily, weekly and, in-match objectives now give greater requisition rewards so players at any point in the level curve can move along it at quicker pace. For the hardcore GSF players the goal is that this change will increase the amount of players sticking to GSF and thus increase the queue pool. More matches and more bogies to take out!

While we are excited about this change we want to do additional GSF content and balancing (we’ve been reading the GSF forum every week gathering feedback on what y’all want to see) but there is no timetable currently.

We hope everyone enjoys these requisition changes and it makes GSF overall more enjoyable from the player just getting their wings to the battle scarred Aces. Looking forward to y’alls feedback! Cheers!