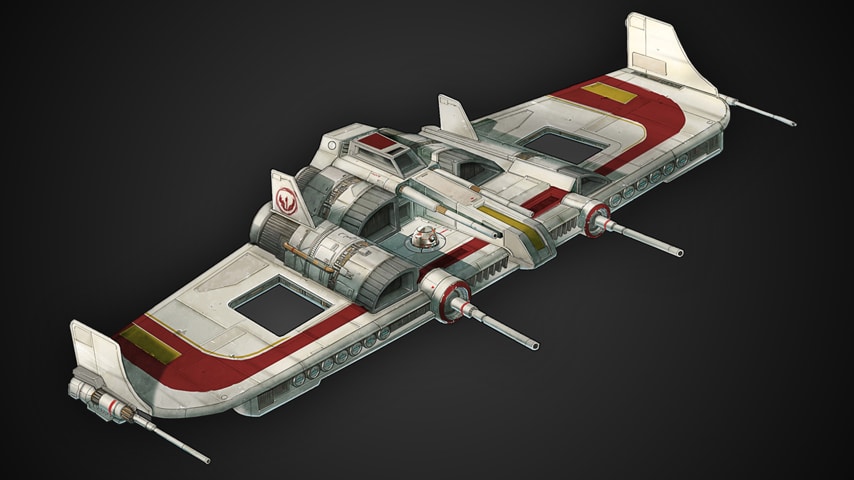 BioWare have posted a new developer update. This time, senior game designer on Star Wars: The Old Republic, Jason Attard tell us about the first new ship being added to the game with game update 2.6. — The Bomber! This ship makes alot of new strategies possible. Personally I expect to see: Scout rushes to a cap a point super quick, defended by a strike fighter. Once they successfully cap the point, and the strike fighter is in place to properly defend the point, the scout intentionally crashes so they can respawn as a bomber. Then they get the bomber on the point they control and spawn mines on it to further entrench that point.

You can read the original post in its full here, or our copy pate below:

I am Jason Attard, a senior game designer on Star Wars™: The Old Republic™, and today I’m going to introduce the first new ship role being added to Galactic Starfighter since the launch of early access: the Bomber!

A Bomber is big target, not fast or maneuverable enough to be very effective in a one-on-one dogfight, but never make the mistake of thinking it’s easy prey. Getting into range to shoot it usually involves threading through a deadly field of mines. If you do get in range you’ll find the Bomber can absorb a tremendous amount of punishment, and you’ll probably be taking fire from a nearby sentry drone as you try to whittle down its shields. Finally, if the Bomber starts to run, following too closely will likely lead to an explosive meeting with a mine.

Bombers are massive starfighters, protected by powerful shields and heavy armor, and bristling with a dizzying array of specialized weaponry. In addition to the cannons, missiles and torpedoes found on most fighters, they can also be loaded out with a variety of mines, drones and other systems, giving their pilots a huge toolbox of combat abilities, both deadly to enemies and helpful to friends.

Mines are explosive devices that the Bomber drops in space. After a few seconds their proximity sensors activate, and when an enemy gets too close they detonate, damaging all nearby foes. Bombers can equip basic damage-dealing mines like Concussion Mines or Seismic Mines, drain shields and power from enemies with Ion Mines, or slow foes with Interdiction Mines. The bomber can also equip Seeker Mines, which launch themselves at enemies from a fair distance away.

Drones are stationary AI-controlled ships that serve a variety of functions. Sentry Drones are armed, and automatically attack nearby foes, allowing them to defend control points and other important areas. There are several different varieties of Sentries, armed with laser cannons, concussion missiles, railguns, or an interdiction field. Repair Drones deploy probe droids that restore the hull of nearby ships, and can be upgraded to recharge shield reactors or refill spent munitions.

The Bomber has a few other unique new abilities, in addition to the mines and drones. It can use a Shield Projector to protect nearby ships, or deploy a Hyperspace Beacon to give its teammates a respawn point close to the action.

So if you enjoy tactical gameplay, supporting your team and laying traps for unsuspecting foes, the Bomber is the ship for you!

See you in space! 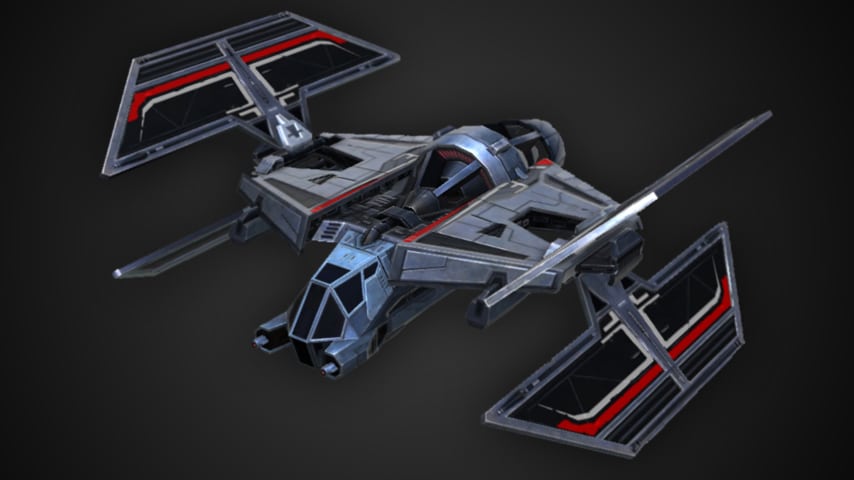