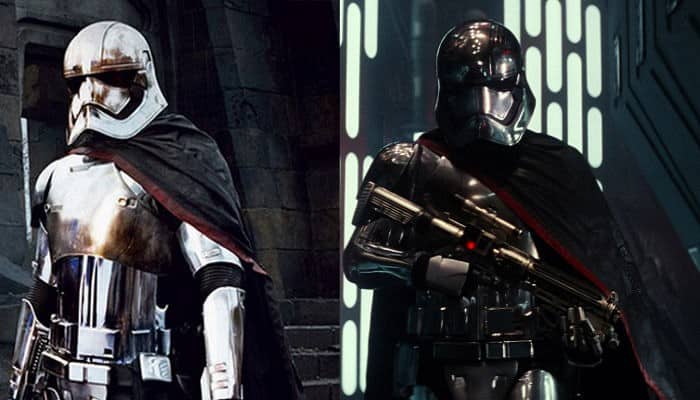 Gwendoline Christie says Captain Phasma is not gone for good when she confirms the character she plays in The Force Awakens will be returning. Christie confirmed on the 2016 SAG Awards red carpet that her character will be returning. In a way, it’s not a huge surprise since it seems odd to think Disney would play up that character so much just to off her in the first film. No, I think we all suspected there would be more of Captain Phasma to come. Still, having it officially confirmed is fun.

“I will be in the next Star Wars movie. I think that’s an exclusive, actually,” the actress told People Magazine.

From the earliest marketing days for the newest film, Captain Phasma was a hit. The character resonated with so many people. She was intimidating. She was fierce. She was interesting. So many fans were disappointed there wasn’t more of her seen in the first film. So let us all enjoy a happy dance to know she’ll be back.

One reason for the popularity of Captain Phasma could lie in the fact of seeing a female Stormtrooper. Not only that, but a female Stormtrooper with a high ranking role and an important part in the film. This was something new. People liked it. Christie explains it well.

“I also just liked this notion of a female stormtrooper,” she told People. “I felt it encouraged diversity and it was doing something new and it was an interesting bit of casting for women, and I hope that in something that was such a mainstream success it would breed more of those kind of opportunities for other women.”

So there we have it, friends. Are you excited to see Captain Phasma return to the big screen?