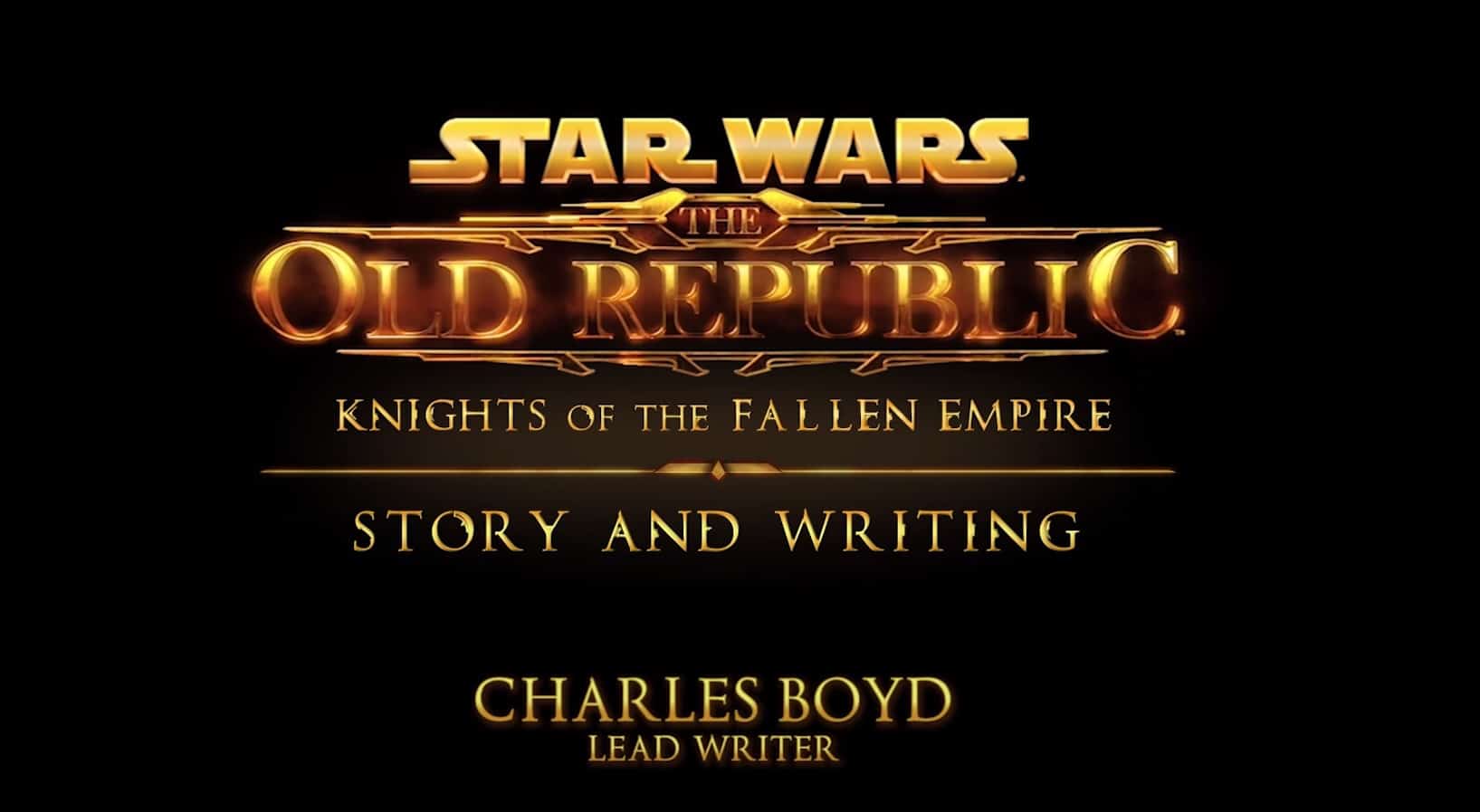 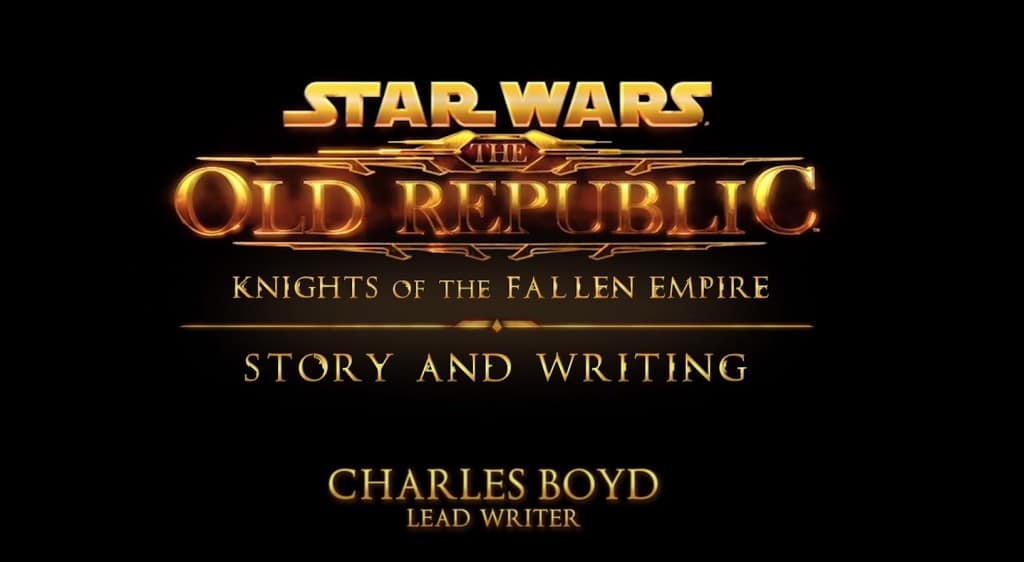 Knights of the Fallen Empire “Story and Writing” Video

We have something cool released today to help us prepare for the new expansion: KOTFE. This video released today shows us an exclusive behind the scenes view from the lead writer. It’s fun, it’s creative and it’s bound to make you get excited about the upcoming expansion. That said, they didn’t release much more about the game or story, as most fans were hoping for. This serves really as more of a teaser video, once again giving us glimpses of what we can expect to get us hyped and excited for the expansion but without any real meat and potatoes of what we can expect. This is a bit of a letdown but again, not really a surprise. They want to keep us intrigued but not give away too much so we want to buy the expansion.

So with that in mind, scroll on down if you want to see the video for yourself and be sure to let us know what you think!

“Get a behind-the-scenes look at the story and writing behind Knights of the Fallen Empire, the upcoming expansion for Star Wars™: The Old Republic™!

Watch as Lead Writer, Charles Boyd, shares how the storyline in Knights of the Fallen Empire will allow players to make choices with real impact, join with characters old and new, and shape the future of the entire galaxy, all at the center of their own personal Star Wars™ saga!