If you’ve spent any time trying solo arenas, you may have seen that most often the teams don’t come out very evenly matched, despite claims that they should be. It reminds me of early arenas in WoW, where the dominant teams would match up against newbie teams and it was a massive steamroll. Honestly, it’s just not fun to play like this and it discourages players from wanting to sign up for arenas. 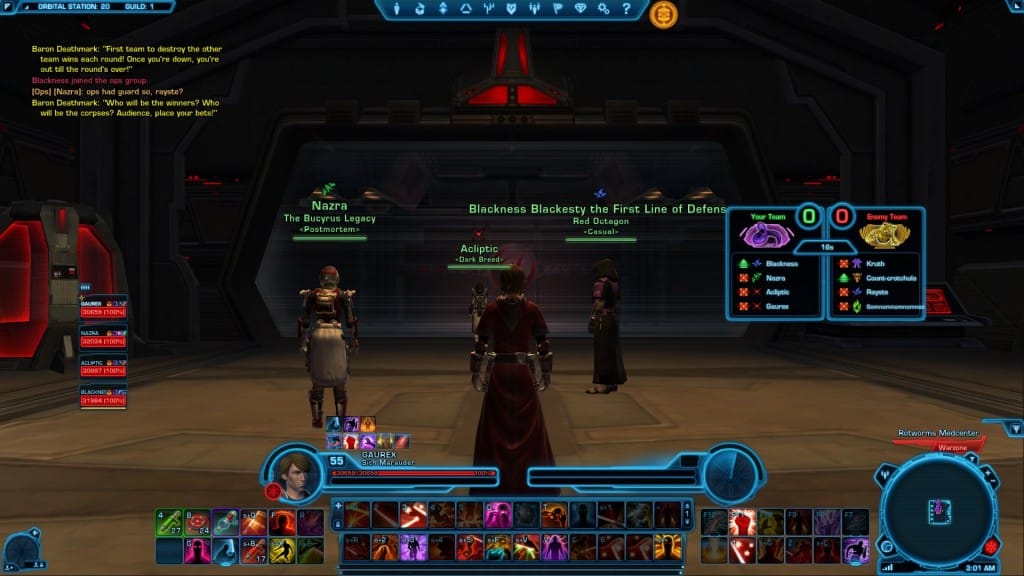 Some of the matches in SWTOR arenas just don’t make a lot of sense. Above is one example of such a game, but it happens a lot. And when repeated games give you a matchup where one team is clearly dominant over the other and there isn’t even a fair chance, it just isn’t fun anymore. What’s the point of signing up?

There are some clear class composition issues as well as ranking issues. When one team has an average ranking that is significantly lower than the average ranking of another team, there’s no surprise which team is going to come out on top.

But then there are some who say it’s really not a problem at all and those who are complaining just suck and need to get better.

What are your thoughts? Have you tried SWTOR arenas and have you been happy with the matchmaking? Do you think there is room for improvement?

Any time PvP is involved, you’re going to see disputes. It can be difficult to judge which complaints are valid and which ones are just whiners or people who don’t understand the game mechanics. However, it does seem like the arena matchmaking in SWTOR could use a bit more tweaking.