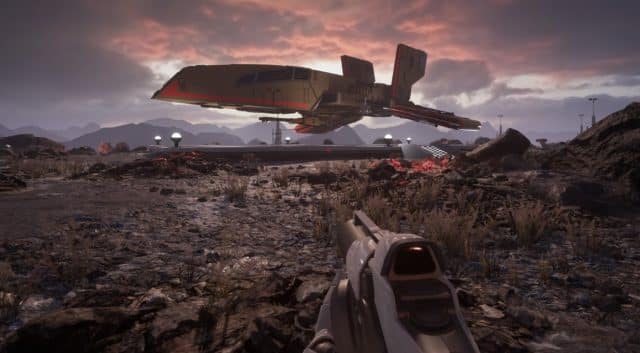 There is a fan remake of Star Wars: Dark Forces in Unreal Engine 4 and it is now available for download.

Created by Obsidian Entertainment’s senior environment artist, Jason Lewis, this remake aimed to recreate the first level from the game in Epic’s engine.

The map doesn’t have any enemies so it’s just for recreation, but it looks to deliver on the fun. The attention to detail is really amazing and it also gives us a visual of what a modern take on this classic Star Wars shooter might look like.

See it in action here:

For those who may not remember, Star Wars: Dark Forces is a first-person shooter that came out in 1995. It used Jedi Engine, a game engine created especially for the game.

It had some really cool features that were previously unheard of for a first-person shooter at the time, like multiple floored level design and the ability to look up and down.

Want to get it for yourself? You can download the fan remake from here.