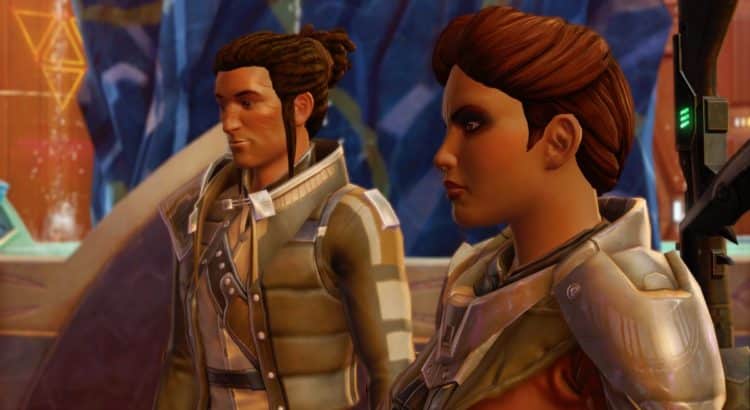 Game update 5.7 sees the return of Andronikos, Risha, and Corso for Inquisitors and Smugglers. But there is a catch. Unless you finished

Unfortunately, there isn’t much other than a cutscene with some dialogues. You will need to have finished Knights of the Eternal Throne before the new mission will appear in your Companions & Contacts.  To get Andronikos you need to be  Inquisitor, and to get Risha/Corso you need to play Smuggler, or the missions won’t appear.

Below is the official statement on this:

There is a known issue with the Andronikos, Risha, and Corso return missions released in 5.7. Players who meet certain conditions are granted an additional mission that they cannot complete.

This issue occurs for Players who:

Under these circumstances, the Player receives a mission called “Things Left Unsaid” which they cannot progress. This mission is a default one granted to any player who resumes a romance with a returning companion after having also romanced Theron, Koth, or Lana in KOTFE. Due to present circumstances, the mission cannot be completed with Theron for the time being. We will address this in an upcoming patch, and advise that those affected by the issue simply uncheck/hide the mission in their log for now.

We apologize for the inconvenience!