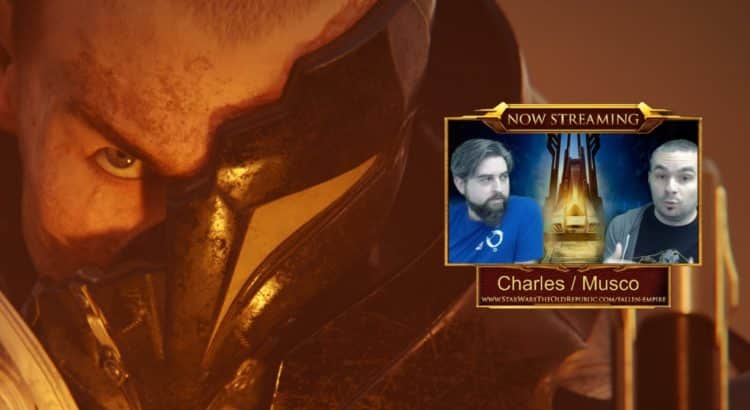 The devs over at Bioware had a short developer livestream yesterday. The livestream was allabout upcoming content in the future.

They were online for a grand total of 11 minutes and only talked for about 5 minutes, at which point they just hosted SWTORCentral’s channel as a “demonstration of the new content.”

The chat was filled with people talking mostly about the Kotaku/Anthem article, and Eric and Charles both mentioned different things going on in chat but not the thing that we were talking about more frequently, which was frustrating.