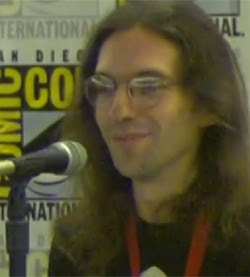 Massively brings an interesting interview with Managing Editor on Star Wars: The old republic, Alexander Freed. The interview is mainly about what the different types of quests will be available in SWTOR, what compelling choices players have to make, and what it takes to write for a project of this magnitude.
Here us a snip:

We’ve got four different kinds of quests. We’ve got our class quests, which is what we’ve really focused on when we’ve talked to the press about story. It’s traditional BioWare storytelling in an MMO space. The other three types of quests that we’ve got are all group quests.

We’ve got world quests which are essentially like the side quests that you’d see in Dragon Age or Mass Effect. They can be played in a group. That is where you see our multiplayer dialogue system in action.

Then we’ve got our flashpoints, which are our big, discrete, self-contained, fully-intended-for-group content — not really intended to be soloable — showcases of combat and storytelling in a group setting.

Then we’ve also got our world arcs, which are essentially long, connected sets of world quests telling one complete story with recurring characters. [These arcs are] really kind of showcasing multiplayer dialogue within the open world, so you can be doing them at the same time as you are doing the class quests. They are not in a separate space like the flashpoints are