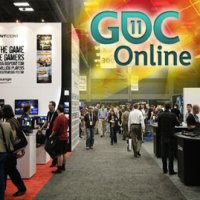 GDC Online officially kicked of yesterday in Austin but today was the first day at the industry conference where Bioware developers were scheduled for sessions. One session that was especially interesting was “Taking Your Game Everywhere”. This panel featured BioWare’s Erik Olsen, Curse’s Donovan Duncan, ZAM’s Cody Bye and Red 5′s Mark Kern and was led by former BioWare Austin Co-Studio Manager and current Playdom exec Gordon Walton.

This session addressed the idea that gamers want to be able to take their online games with them, outside of the game itself. Make sense, right? I mean it’s like a handheld but where you can still check in to your online game. It combines the appeal of games and apps for our smartphones, iPads and other mobile devices. This popular trend is something that game studios will want to get in on.

Gamasutra has a summary of the panel which gives you more information about the concept. Here’s a snippet from BioWare’s Olsen:

“It’s not just about getting the information about the game out there so you can find it, but getting you the information that’s relevant to you,” suggests Olsen. “I think what we’re going to try and do, theoretically… is more of a predictive nature, where we look at what your character has done, that, ‘hey, this might be the next area for you to continue.’” ”We still have players who are essentially new, and they’re still looking for… helpful advice to them is, ‘where should I go next? Is there something else I missed that’s nearby?” Olsen elaborates.

The members of this panel are the most interesting part. There are some big names in the video game industry taking part and it could have a hint into what we will see in the future of games. What would it be like if you could take your SWTOR on the go with you?