“There were 300 prisoners forced to play games. We worked 12-hour shifts in the camp. I heard them say they could earn 5,000-6,000rmb [£470-570] a day. We didn’t see any of the money. The computers were never turned off.” Says a prisoner at the Jixi labor camp, Liu Dali who shares his story of being imprisoned and forced to work hard labor by day and farm for in-game currency by night. 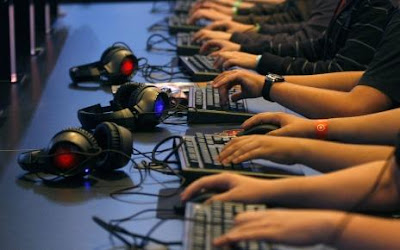 Chinese gold farmers have become something of a joke in online gaming. Anyone who spends time collecting in-game currency is commonly referred to as a “gold farmer”. While many gamers have mixed feelings about the subject, most will admit they don’t actually know where the gold comes from.
Most gamers don’t understand how many of these companies get their gold and make a profit. Some gold-selling companies have been known to steal or hack accounts and use these characters to farm while also stripping them of any currency they have or that they can obtain from guild banks.
But an even more disturbing thought is the fact that the gold you are buying may have come from an inmate in a Chinese prison. When we think of prison, we don’t usually think of computers and video games but according to prisoners who have been there, some Chinese prisons are finding a new way to earn money off of their inmates.
Prisoners are forced to spend unreasonable hours farming for in-game currency of some of the most popular online games. Workers that don’t meet their quota for the day are beaten brutally and they are meant to work until they can barely see anymore. That’s far from fun and games.
Not all companies that sell in-game currency employ these types of services but with such a large market it’s hard to tell exactly where the mass amount of the currency is coming from. Whether it’s from a prisoner who’s being mistreated or some average citizen who quit their job to work at home, gamers still buy currency. As long as there is a market for these type of goods, people will continue to be exploited to make a profit from it. If you do buy gold, next time you may want to ask where the gold is coming from before soliciting a particular company.
There was a BBC report about Chinese gold farmer a few years back, but they didn’t mention forced prison labour. Still relevant to check out:
We don’t have delusions that SWTOR won’t have a secondary market, nor do we take stands on this matter. But please think twice before you spend money on in game items. Please make demands to your future supplier if you can’t play them game as the rest of us.