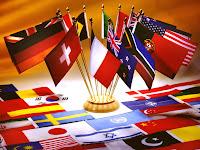 Language is important in an MMO where players depend on communication with others to make the game fun and enjoyable. But with a large game like SWTOR that gathers a varied fan base of multi-cultural fans, it’s no surprise that language would become an issue.
Some are calling SWTOR racist and to say the issue is of importance would be an understatement. The available languages and in what manner they will be available is important to gamers, particularly those of the English, French and German languages.
Players are very concerned that they will have to be grouped together in one large multi-language server where everyone speaks in their native tongue. Stephen Reid explains that there are not concrete plans as of yet on how the servers will be set up but like most other MMOs there will be servers dedicated to players who speak one common language.

“While we can’t discuss this in much detail – yet – it’s safe to assume there will be servers that will be designated as being ‘officially’ French, German and so on.”

Reid goes on to add,

“That said, in this day and age it’s always possible that foreign language speakers will appear on a predominantly English-speaking server, for any number of reasons. If that happens, you should be tolerant and respectful of them. We’re all gamers, just trying to game.”

Most of the servers will likely be English-speaking but that doesn’t mean that players who speak other languages won’t be allowed to play there. What it does mean is that if you want to play on a server with mostly people who speak your language, you’ll have to take some steps to ensure you get on the right server. If you don’t care, then you won’t have to worry too much about what server you end up on.
Still other gamers think that the separation is a form of racism and indicates that players speaking different languages cannot coincide together. It’s a slippery slope when it comes to matters such as this but it seems the staff are taking it seriously and listening to the gamers’ concerns.
It looks to me like the development team of SWTOR will do their best to make the game as user-friendly as possible for people of all backgrounds. What do you think? Do you prefer multi-lingual servers or language separation between servers?