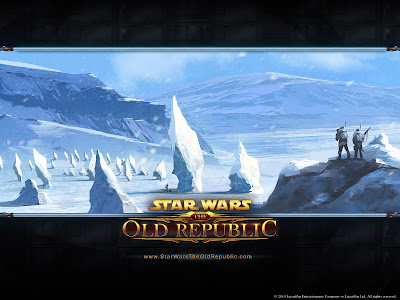 Precisely as we speculated yesterday,  today on The Empire Strikes Back’s 30th birthday BioWare BioWare’s latest announcement reveals the icy planet as the latest addition to the game and it comes with new HoloNet details and a short video preview.

A long time ago in a galaxy far, far away…

Thirty years ago to the day, Star Wars™: Episode V The Empire Strikes Back™ opened in movie theaters, forever changing the cinematic landscape. Bursting with action-packed battles, fast paced dialogue, and characters faced with complex choices, the echoes of this landmark film are still felt today. From toys, to fashion, to punk rock, its influence is everywhere. The Empire Strikes Back has not only changed how we relate to our favorite movies, but has made a lasting contribution to our very culture.

To commemorate this monumental continuation of the Star Wars™ story, we are proud to reveal the ice world of Hoth – the latest explorable planet in Star Wars™: The Old Republic™.

Access the HoloNet to learn more about the pivotal battles in the history of Hoth – and to understand why both the Galactic Republic and Sith Empire are interested in the planet. Check out this video to see Hoth’s brutal blizzards and unique wildlife. Don’t forget to visit the Media Section for never-before-seen screenshots, wallpaper, and concept art showing this barren, desolate landscape.

In addition to the Hoth reveal, BioWare also launched the third comic in their “Blood of the Empire” series.

The third issue of Blood of the Empire™ chronicles two formidable confrontations–one between Teneb Kel and his former master, Lord Calypho, and another between Teneb Kel and the Dark Council! And what plans do the Emperor and his mysterious apprentice have in store for Teneb? The mission to determine the future of the galaxy begins here.

Check out the latest issue of Blood of the Empire now! 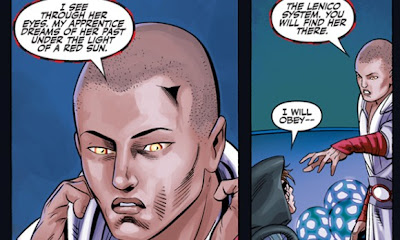 Bioware’s ingenious marketing campaign of webcomics drags us to the edge of our seats again. The issue begins explosively as Sith Warrior Teneb Kel faces off against his former Master, one he claimed to love as a father. This frantic and fear-filled lightsaber duel is cut short by the Sith Council just before Kel removes his Master’s head, although this does not end Kel’s trials for the day. A white-robed Emperor awaits with a final test: Exal Kressh. You may recall her in the last issue as the “pure blood” Sith. Her connection to Kel is yet to be revealed, but there is no mistaking the shock on his face when the yellow-eyed Emperor asks him to kill her.

The pacing and art of this whole comic captures the audience much better than the Threat of Peace, but information just is not being revealed fast enough for the fans. To judge for yourself check out this week’s edition.