BioWare mailed this out to the player base yesterday. Just as Bruce Maclean wrote in his SWTOR Holiday Update, dormant character names to be released back into the character name pool in november. Good thing I saved my free rename! I’ve been waiting to change my names. I was really lazy the first 6 months of launch and just made names the same but changed the ending like ee, ou, ei etc

We wanted to let you know that in November we will be initiating a “Character Name Renewal” program for all of our Free-to-Play and Preferred Status players. As a Subscriber, this offers you the benefit of more character names available in the pool! We are currently in the process of identifying accounts that have been inactive for prolonged periods. If those accounts do not login to each of the potentially impacted characters within the required timeframe the attached Character names will be released back into the general pool.

This Character Name Renewal will have no effect on your character names. As a Subscriber you will keep your names throughout this process and benefit from the increased options released back into the pool post program.

Thank you for your continued support of STAR WARS™: The Old Republic™.

May the Force™ be with You! 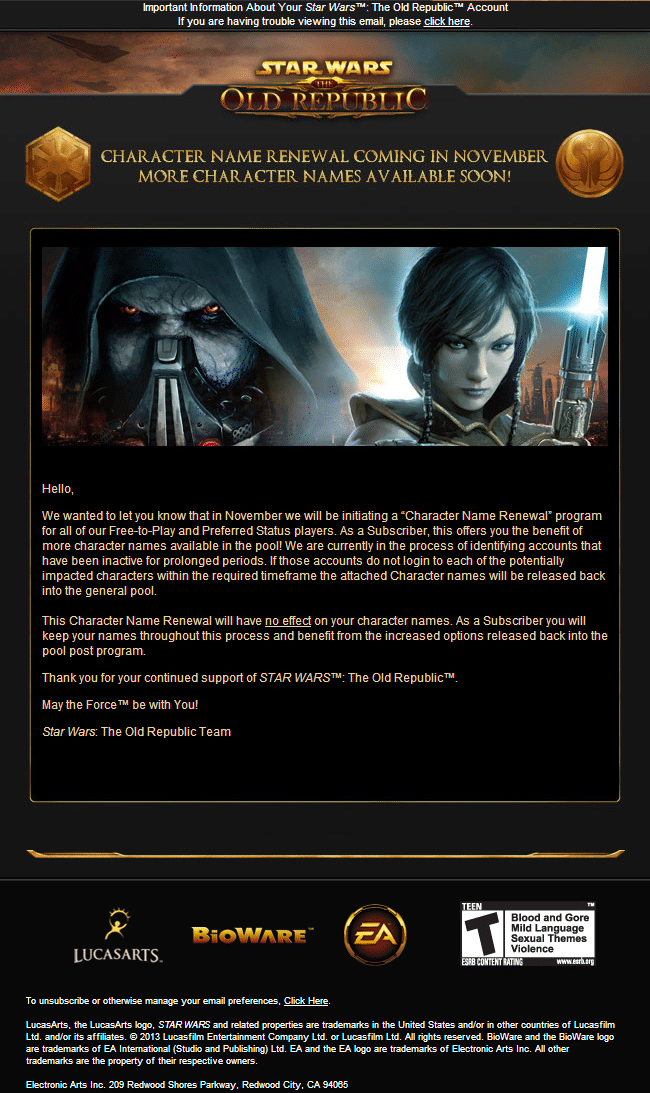