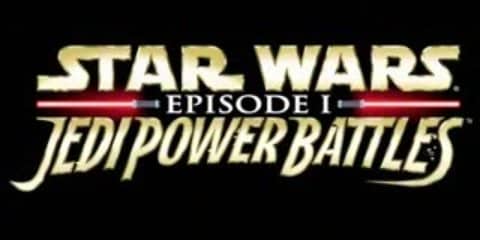 I remember purchasing this game when it first came out and I fell in love with it. I would play for hours on end and never get tired of it.

In this game, you choose from one of five Episode I-era Jedi to run, jump, slash, and use the Force with through the game’s ten levels. Each Jedi has his or her own Force powers and special items. For instance, Obi-Wan Kenobi has a forward dash-and-slash move and uses thermal detonators, while his teacher Qui-Gon Jinn produces a Force shock wave and tosses around pulse grenades. No matter which character you control though, you play through the film’s plot as if you were Obi-Wan or Qui-Gon, from the scene where the trade council tries to poison them to the final battle with the notorious evil Sith Darth Maul.

The gameplay is a refined version of that found in Star Wars: Episode I The Phantom Menace. You use your lightsaber to carve up droids, deflect blaster shots, and jump to and from the occasional platform. In a tip of the hat to Legend of Zelda, you can lock your sights on the nearest enemy with a touch of the R1 shoulder button, although the system lacks Zelda’s finesse. The fighting is clearly the best Power Battles feature. Once you get used to the control scheme and the many different functions, slicing up robots and dodging shots can be fairly entertaining. And the fact that the developers thought to include the option to play through the game with a friend is another bright spot.

But there is one problem with this game. This game has more glitches and problems than any other game ever made. Sometimes you will be at the end of a level and your character will just run off screen and never come back. Sometimes you will jump and somehow be sucked into the air at light speed but don’t worry your confusion will be put to rest when you hear your character dying then he appears on the ground dead next to Player 2.

I’ve also seen my character start to run but the game decided to repeat the run animation in place for a minute or so then your character just disappears and you never know what happened. If I had to pick a favorite though, it would be when you are just happily running along until your character just falls right through the floor and dies.

The worst part about the glitches are they can happen ANYWHERE, ANYTIME. There is no way to tell if the game is about to glitch or if there is a certain level that glitches more than others, it’s all random chance.

Don’t get me wrong though, this is an amazing game. I will still tell people this is the greatest Star Wars game ever made, because it is. If you do want to play it though: Player be warned. This game WILL glitch out and murder your character. This game WILL let you beat an extremely difficult boss then just decide to kill you for no reason and you will have to start the entire level over. This game WILL cause you to be come extremely angry and scream at the TV until your entire face is bright red with anger. In my opinion though, it is worth it.