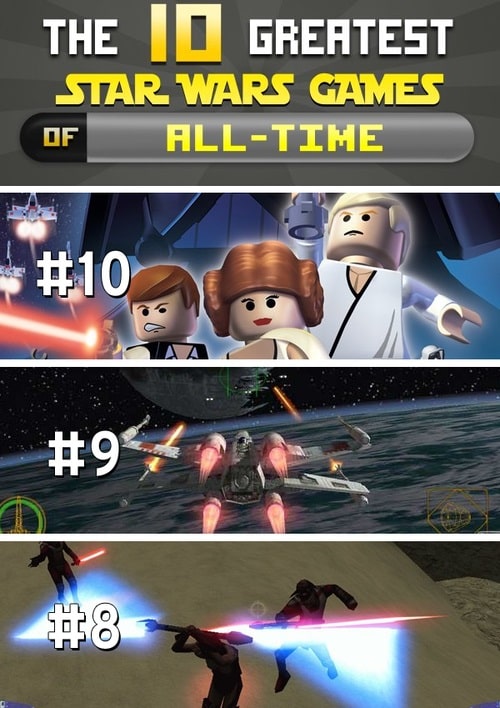 If you had to pick your top 10 greatest Star Wars games of all time, what would make your list? There are many similar lists out there. I think I’ve even done one myself in the past. But I still enjoy seeing what games make others’ lists of top Star Wars games.

Sp this is why I am happy to bring you this story from Dorkly where they place SWTOR at the number three position. And this is what they had to say about it:

Star Wars Galaxies was the first real attempt at a Star Wars MMO – and it was…problematic. Buggy, complicated, not-that-fun (depending on who you asked), etc. It was supposed to be the chosen one – the one who would bring balance to the world of MMOs, then (and now) dominated by World of Warcraft. Sadly, it was not, and had its legs sliced off and its body burnt to a crisp (following this metaphor yet?). And in its place was sent Star Wars: The Old Republic – a Bioware-developed MMO that would try some new things with the MMO world, with story and player choices/morality being touted as the things that would differentiate it from the rest of the herd. And despite solid reviews, it became one of the most high profile MMOs to go from a subscription-based system to free-to-play. Still, it remains the Star Wars game with the most badass trailer of all-time, and that means something (unless you invested money in this game).

I wholeheartedly agree with the number one position. And there are some other great games on the list such as Battlefront I and II, Knights of the Old Republic II: The Sith Lords, Republic Commando, The Force Unleashed and more.

So check it out and let us know if your favorites made the list and if you agree with SWTOR being in the number 3 position.