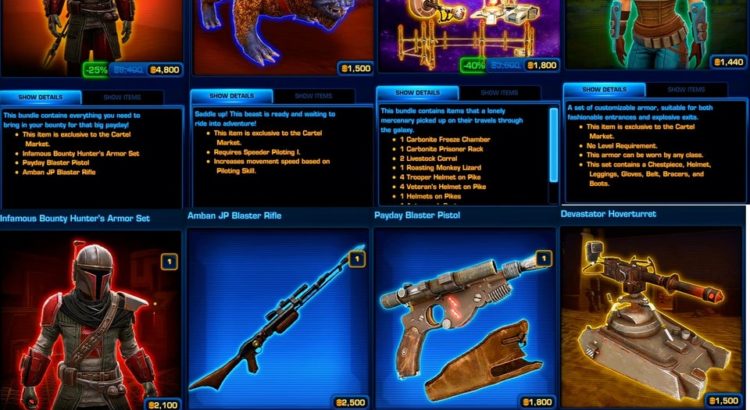 As a shameless The Mandolorian cash out ( and I’m not even upset ), check out the newest Armor Sets, Weapons, mounts, and more, available now on the Cartel Market!

(When entering combat the helmet reticle lowers and gauntlet extends. The reticle color changes based on equipped color crystal. Armor Set can be bought alone or as a bundle with the Payday Blaster Pistol and Amban JP Blaster Rifle.)Discharged Infantry Armor SetAvailable Now!