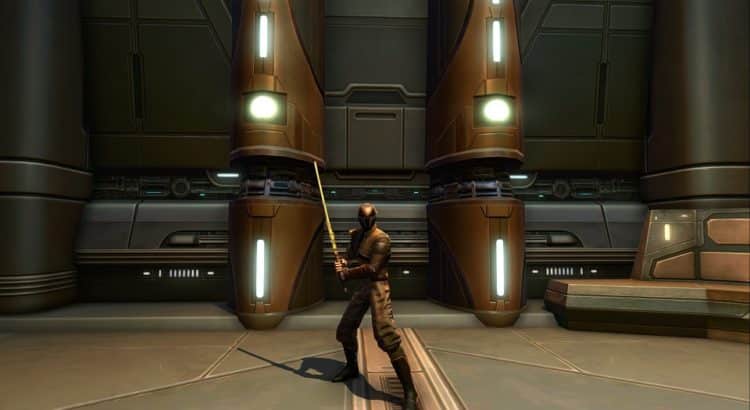 Included in this update is our new seasonal event, the Feast of Prosperity. During the Feast, players will experience new Story Missions, Daily Missions, mini-games, rewards, and more!

The game developers have also broadly rebalanced Conquest objectives, and added a new tier of Augments for end-game players. Additionally, they have added a Legacy Ignore option so players can better curate their social interactions.

If Gaboorga and Duuba can cooperate, they could rocket the Cartel back into the upper echelons of the galactic underworld. But the Hutts’ conflicting priorities means they’re constantly undermining each other. Each week a new Story Mission will unlock to progress this storyline, leading to the climactic choice during the third and final week:  Gaboorga or Duuba? Only one Hutt can win, and the fate of the Feast of Prosperity is at stake. Choose wisely!

A new tier of Legendary quality Augments at Item Rating 300 have been added to the game. The new Cybertech Schematics, used to craft these new augments, can be picked up at your local Crew Skill trainer. The schematics require two new materials, which are obtainable from Master Mode Operations and Ranked PvP.

The Conquest changes can be broken up into three categories: point rebalancing, new objectives, and level bracket changes.

Players will now be able to ignore another player’s entire Legacy, instead of one character at a time. This option will also prohibit any blocked players from entering your Stronghold, and any Stronghold keys owned by the ignored player will be overridden. The Legacy Ignore list is shared across a player’s Legacy.