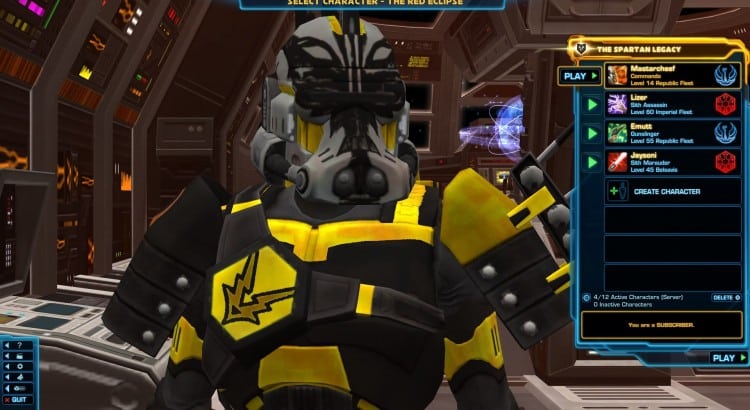 it’s no secret that many players have experienced problems, when trying to create a level 60 character. Players have been reporting this on the forums for some days now, and Eric Musco took the forums explaining what the developers are doing about it. Check it out:

We wanted to get some information out about the issue you are experiencing. First off, there is a bug that can occur when you make a level 60 character, it instead creates it as a level 1 and places you on the fleet. Without going too technical, basically the game is moving faster than your account is, which is creating the issue. Here are a few important notes to be aware of:

With a lot of level 60s being made, there is an element of a bottleneck occurring. But do not worry, even if you experience the bug, the start at level 60 token is in no way lost. It may take some time to be restored but it will happen. Know that if you continue to make / delete characters without waiting for your account to catch up, you can exacerbate the issue.

We are working to correct this as soon as possible, but the information above can work to potentially avoid it, or work around it. Thanks everyone.

Hey folks,
After posting the workaround information yesterday, we continued to investigate the issues that some of you are experiencing with your Start at 60 tokens not being restored. It does appear that in some cases, a player can end up in a state where their start at 60 character does not create properly, and then their token is also not being restored to them. We are going to be removing the Start at 60 token off of the Cartel Market immediately. Also, in the meantime, we recommend that you do not use any Start at 60 tokens as it is possible that you could end up in this state as well. Note that start at 60 tokens include those bought from the Cartel Market, the GTN, and the free level 60 granted to subscribers in KotFE.

It is our goal to get this fixed ASAP, and the moment I have more information on when we will be fixing it I will pass it on. If you already experienced this issue, hold tight, I will be getting more information on how to get your individual states resolved as well (contacting CS, waiting for maintenance, etc.)

Thank you for your understanding, I will pass on information as I have it.