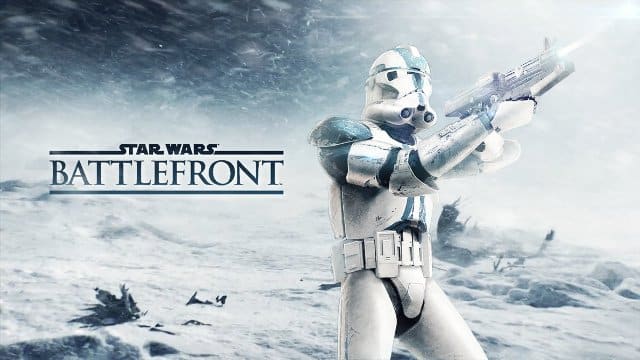 DICE’s 2014 E3 Star Wars: Battlefront trailer was definitely enlightening and promising if somewhat stingy detail-wise, but the way it ended, with the “Spring 2015” tag, was somewhat disheartening for true fans, because that didn’t just push the likely release date into the way-too-distant future, it also sort of closed the curtains on the deal, as if saying no other details concerning the much worked-on and hyped masterpiece would be released anytime soon. Since then though, the team has apparently delved into development and with that came a new willingness to share behind-the-scenes bits of information.

DICE General Manager Karl Magnus Troedsson gave an interview recently, and needless to say, most of the back-and-forth was focused on Star Wars: Battlefront. The team is apparently enjoying full creative freedom on the title, the development of which they once called “scary” – in a good way of course. While the expectations of the Star Wars fan base will be indeed difficult to properly quench, DICE at least have Disney’s full and apparently unconditional backing. Troedsson chose not to go into specifics in regards to technical aspects concerning the development of the title. He didn’t say for how long his team had been working on the game, but he did share some important crumbs of information, according to which, the game will retain several elements that fans really appreciated in the original title, like the third-person aspect. DICE are also well-known for their keen eye for detail, something that may infuse the game with the stunning visuals that only true Star Wars fans know how to fully appreciate. According to Troedsson, while the game does indeed share a few traits with the Battlefield franchise, as far as core-mechanics are concerned, as well as the actual identity of the finished product, the similarities will be quite unnoticeable for players.

The full creative freedom DICE are enjoying in the development of Star Wars: Battlefront also means that the team probably has access to insider knowledge about the upcoming Star Wars: Episode 7. While no such secrets have been revealed, it would indeed make perfect sense for the game to adopt some of the new locations/characters/plot elements from the film.