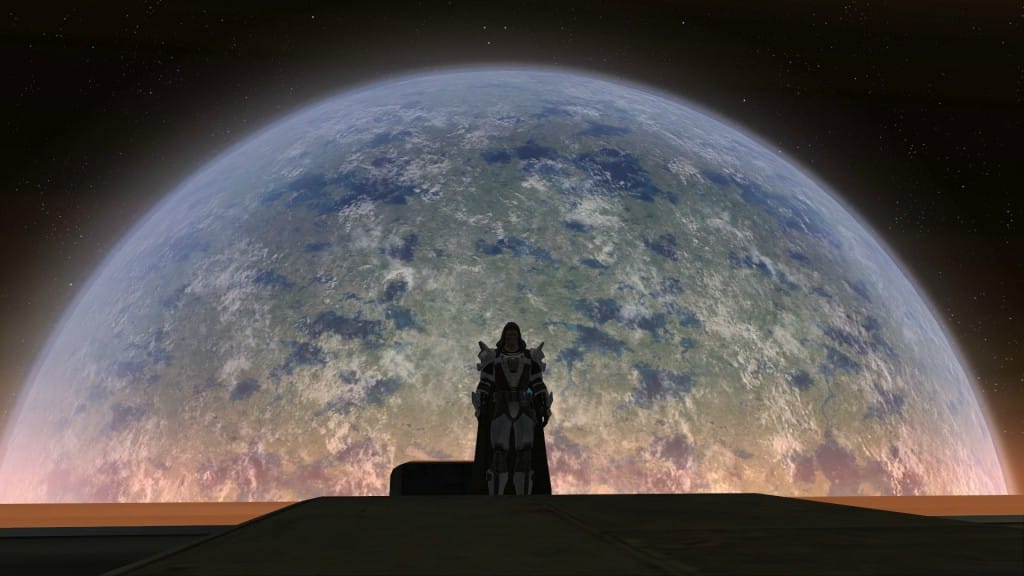 This week’s Community Q&A is now live and the BioWare Devs discuss New Playable Species, story, Fixes to PVP, and some other stuff (Blizz buff incoming, Yay!). This is one of the shortest Q&A’s so far, but it is definitely still worth a read. Check out out:

CelCawdro: If Cathar are successful, what kinds of species can we expect to see? May we see anything beyond the current selection of near-humans? What is the process behind selecting new species and gauging community interest?

Daniel Erickson (Lead Game Designer): We’d like to open the selection of future species to the community as a whole with clear positives and negatives provided for each selection. That way we can go a bit further afield in our species selection.

Lurtzello: Are the various stories ordered? Meaning, when does the storyline of each Republic planet takes place compared to the Imperial storyline and the storylines of the other planets?

The longer answer: The class stories tend to weave in and out of one another–they all happen (nothing’s “out of continuity”), and they all happen roughly at the same time (chapter 3 is chapter 3 for everyone, for example), but there’s not a set correspondence that runs all the way through. For example, you couldn’t say “the Jedi Knight is always half a planet ahead of the Imperial Agent.” But you could say “the Bounty Hunter chapter 3 finale takes place before the Trooper chapter 3 finale.””

For the world stories, it’s a little more complicated. In some cases, only one of the world stories can happen–the Republic and Empire can’t both defeat King Ulgo on Alderaan, or the villain of the False Emperor Flashpoint. For story purposes, we know these characters were defeated… but we don’t know by whom.

In other cases, different factions’ world stories happen roughly at the same time–aside from the final defeat of Ulgo, the rest of the Alderaan missions can be contemporaneous. Other world stories are, as you suggest, time-separated–Republic Taris takes place significantly before Imperial Taris, and Imperial Balmorra takes place significantly before Republic Balmorra.

For the most part, it’s best not to worry too much about ordering individual world events unless they actively reference one another–and if they contradict one another, you can assume that we won’t be writing future stories that depend on one faction’s participation at the exclusion of the other. (For example, you’ll note that the Corellia “Black Hole” storyline reconciles the events of the Imperial and Republic Corellia storylines so that going forward, we know roughly the state Corellia is in!).

caravaggio: The last few major patches have seen significant changes to the Sniper/Gunslinger Marksman/Sharpshooter tree. Can you talk a little bit about how you guys envision the class and what was not working that caused you to decide changes needed to be made? Do you think that 1.3 brought you closer to where you want to be or do you still see areas in the tree that need improvement?

Austin Peckenpaugh (Senior Designer): Marksmanship and Sharpshooter have been a challenge to “get right” to be sure. Apart from cover and cover gameplay in general, Marksmanship and Sharpshooter have had a few specific hurdles for us to overcome. Thematically, these guys are high weapon damage specs, and that means that they can be easily countered (or even shut down) with a cooldown like Deflection. On the other hand, when their target is defenseless, their high weapon damage can actually become a little overwhelming.

These specs are also highly cover-dependent, and it has been a difficult task to communicate to players that in most cases they’re better off holding their ground than kiting like a Sorcerer or Sage would. Of course, even that depends on having chosen a good cover spot to begin with. We face the issue of rewarding clean shots from cover while not making extended stays overpowered.

To answer you more directly, our vision for these specs hasn’t changed, but I think we’re striking much closer to that target than we have in the past. I’m really quite happy with Marksmanship and Sharpshooter in Game Update 1.3. Prior to this update, these skill trees fell apart at the top tiers, so we really wanted to address that and reward the full-spec Marksmanship and Sharpshooter. They now have the tools to stand their ground when they need to, they have better energy management than ever before, and their gameplay is smoother, simpler, and more rewarding. That’s not to suggest there aren’t issues, but I expect most issues can be addressed with minor tweaks in the future.

Clymene: Are there any plans to buff companion tanks? Currently they are barely any better at survivability than dps companions, especially poor Xalek, and don’t hold aggro very well.

Austin: I’ll bring up the issue with the rest of the team and see if increased survivability and threat is something we can afford to give them. Without me revisiting our goals for what tank companions should do, off the top of my head, it certainly sounds like they could use some adjustments. Thanks for raising this issue.

Taitsuo: Would you guys consider adding root effects to the Resolve bar? At the moment, 3 well-coordinated Gunslingers could permaroot someone (5secs duration, 15 secs cooldown). With ranked warzones, that could mean a lot…

Austin: Resolve is meant to put a lid on effects that take control away from you, the player. It’s meant to limit the effectiveness of chain stuns, sleeps, and knockbacks. However, it is not meant to impact the ranged and melee (kiting and anti-kiting) balance of the game. This was a very deliberate measure taken to separate these two different aspects of control. I won’t say that we won’t limit the “chainability” of roots in the future, but given the amount of skills and abilities that break and cleanse roots and snares at the moment, it’s not something we’re very concerned about. Of course, we will be keeping an eye on how ranked warzone teams use the tools they have.