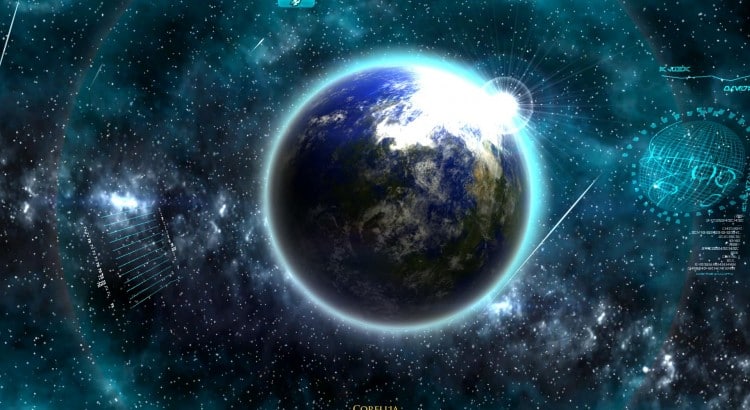 Corellia was the capital planet of the Corellian system, which included Selonia, Drall, Tralus, and Talus. It was also the birthplace of smuggler and New Republic General Han Solo as well as Rogue Squadron pilot and New Republic hero Wedge Antilles, along with many other humans who played important roles in the histories of the Rebel Alliance, New Republic, and Galactic Alliance.

Collectively, the planets of the system were known as the Five Brothers. As the largest planet and the closest to Corell, Corellia was often called the “Eldest Brother” or the “Eldest.” Historians believed the Celestials assembled the system artificially, the worlds brought from other parts of the galaxy for unknown reasons. Some believed that these Celestials populated Corellia with Humans from Coruscant.

Geographic features
Corellia’s surface was extremely temperate, dominated by rolling hills such as those of Bindreg, thick forests, lush farmland, golden beaches, and large seas. Snow-covered mountains dominated part of the landscape. With most of its famed manufacturing centers lifted into orbit, the planet remained largely rural and undeveloped, with small villages and farming communities comprising the bulk of urban development. It is rumored to have many deep underwater caverns with orange Lightsaber crystals.

The largest cities were Coronet—the planetary capital, the tourist haven of Kor Vella, the double-city Tyrena, and the mountain hamlets of Doaba Guerfel and Bela Vistal. Immigrants from the neighboring planet of Selonia constructed an elaborate network of tunnels beneath the planet’s surface. These Selonian Tunnels were used by people of all races as a kind of subterranean metropolis, though the deepest levels were traveled exclusively by Selonians. Space above Corellia was dominated by massive shipyards.

Culture
Corellians were often considered intrepid and maverick by other Core peoples, spawning expressions warning against telling a Corellian the odds for success; for a Corellian, beating the odds is always a reward in itself. This sense of immortality was visible in the common Corellian tradition of cremating the dead and compressing their ash into synthetic diamonds with artificial gravity generators. Corellians also dealt justice to those that committed the most heinous acts with a death penalty.

Corellians were a sentimental breed, and when separated from their homeworld became sentimental at the sight of Corellian treats like the sweet ryshcate pastry or a bottle of the woody, potable Whyren’s Reserve. There was a Corellian sect known as the Ensterites, who forbade marriage with anyone from outside the Corellian system. Marrying someone from outside the Corellian system would result in being shunned by one’s fellow Ensterites. It was a Corellian custom for husbands-to-be to have large bachelor parties with their friends.

Family was held in high respect on Corellia. It was considered most dishonorable to involve innocent family members in a quarrel held with one family member. Conversely, great courage was seen as highly honorable, deserving of outward recognition through traditions such as the Corellian Bloodstripe. The color green also seemed to hold special meaning, as it was considered the traditional coloration for wedding gowns, Jedi robes, and CorSec markings.

Corellia was originally a monarchy, but was ruled by a democratic government after Berethron e Solo established constitutional rule in 312 BBY.

Military
The Corellians were known for their prowess with ships. From building ships to flying them, Corellians were well known for their skills. Because piracy and smuggling were well-known occupations of a strong number of Corellians, the local navy had been specializing in techniques designed to combat economic loss due to their activities. Because of this need, the navy was well-developed and modernized.

The CR90 Corvette and the Corellian Gunship were two examples, as well as the powerful Corellian Dreadnaught, three of which were constructed in 40 ABY. These three ships were painted dark blue and had egg-shaped hulls. The Millennium Falcon’s threat board gave each of these at least twice the firepower of an Imperial Star Destroyer. They were designed mainly for close combat with other capital ships. The Dreadnaughts were constructed in the Kiris shipyards, located in an asteroid field at the edge of the system. Two of the Dreadnaughts were destroyed in an attempt to turn the Hapes Consortium against the Galactic Alliance.

Of interest is the fact that Corellia’s navy remained autonomous from the Imperial Navy throughout the time of the Galactic Empire, maintaining its own independence and individual naval traditions until it was dissolved following the original Centerpoint crisis. From this point until partway through the Yuuzhan Vong War, Corellia lacked any autonomous military forces, relying solely on the sector fleet provided by the New Republic. 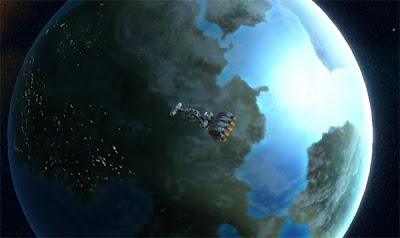 A Blockade Runner above Corellia.

Infinite Empire
Corellia was a slave world of the Infinite Empire. In circa 30,000 BBY, Corellian slaves helped build the Star Forge. When the Rakata fell victim to a plague, the Corellians freed themselves in a revolt that occurred around 25,200 BBY. Corellian explorers early in their history scaled the Kor Vella mesa.

Galactic Republic
Corellians spent the next 200 years reverse-engineering the hyperdrive without the Force tools of the Rakata. A midstep, hyperspace cannons, connected Corellia with other Core Worlds such as Coruscant and Duro. The reinvention of the hyperdrive in circa 25,053 BBY let the afore-mentioned and other worlds become the Core Founders of the Galactic Republic.

While rumors of the Jedi Order’s dawn on Corellia were false, as the Jedi were originally from Tython, the Corellian Jedi did keep a distinct set of traditions that set them apart from other Jedi, including green robes and Jedi Credits.

Corellian Engineering Corporation was founded early on, perhaps before the dawn of the Republic. Corellia Star Drive splintered off CEC in c. 5,000 BBY, but was bought out by CEC in c. 3,000 BBY. CEC was one of the larger shipbuilding firms in the galaxy, and its shipyards were one of the most extensive in the galaxy. Examples of Corellian ships included the CR90 Corellian Corvette, the YT-1300 freighter, and the DP-20 Corellian Gunship.

Corellians were among the first and foremost hyperspace explorers. Within a millennium, the Corellian Run was mapped; the Corellian Trade Route by 5,500 BBY. The Corellians discovered New Plympto in 10,019 BBY, Goroth Prime in 8,000 BBY, and Koboth prior to 219 BBY. They colonized Rabaan (7,299 BBY), Socorro (3,000 BBY), Trulalis, and Trigalis. Corellia was an early trading partner of the Wookiees when Kashyyyk entered the Republic (c. 3,956 BBY). In the Mandalorian Wars, it was the site of important Republic Navy drydocks.

Almost 10,000 BBY, a spartan sect established a monastery on Kor Vella. During a boom in CEC’s popularity, miners discovered ore deposits near the mesa, transforming the Kor Vella community into a luxurious center of tourism and wealth.

Corellia allied with Selonia and Drall circa 500 BBY in a failed attempt to conquer the Federation of the Double Worlds. 30 years later, Corellia attempted to secede from the Republic; although progressing far enough to close its sector’s borders and withdraw from the Senate using Contemplanys Hermi, the plan ultimately failed and the system continued as a begrudging Republic member-state.

The elitist Nomad’s Retreat in the Nomad Mountains expanded its membership to become a public resort in 400 BBY. Over the next few centuries, a village grew around the retreat, known as Doaba Guerfel, and eventually merged with the Retreat, becoming a resort town. A few decades later in 380 BBY, a Corellian Jedi named Keiran Halcyon defeated the Afarathu pirates, a sect of Selonian terrorists, whom were trying to kill all Humans on Corellia. The Afarathu were not gone forever, and would plague Corellia during the Galactic Civil War.

King Berethron e Solo established a democratic government in 312 BBY, replacing his own absolute monarchy. Corellia was home to several multi-stellar corporate conglomerates, including Gowix Computers (founded in 219 BBY), the Corellian Mining Corporation, and of course CEC. Many of these competed directly with the Trade Federation and InterGalactic Banking Clan for galactic influence. Over time these companies became very powerful and in 150 BBY overthrew the historic parliamentary constitutional monarchy founded by the Royal House of Solo in favor of a government more amenable to unrestricted commerce. This new business-supported regime was called the Diktat.