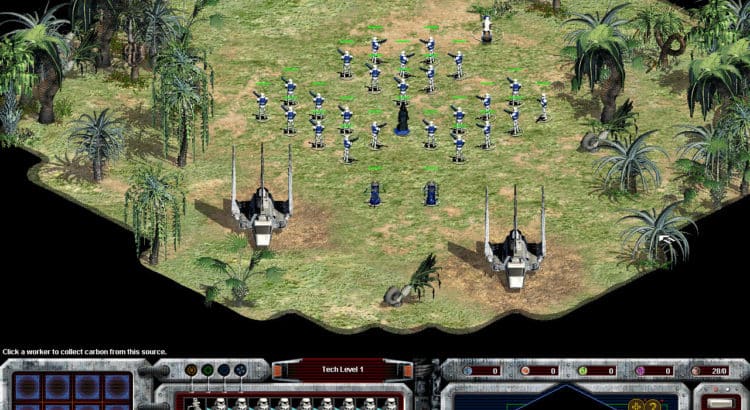 Few things give me as much joy as going back and replaying an old game that I loved back in the day, or as a child. There’s something nostalgic about it, of course, but there’s also a fun element to gaming nostalgia, in particular.

Seeing how a game you loved from the past matches up to the current gaming trends and technology, for example. Or seeing how storytelling and other elements have changed or progressed over the years. While many games have gotten fancier and with more bells and whistles, story from older games most often still wins out.

A recent post on StarWars.com talks about one of my favorite Star Wars games, Galactic Battlegrounds and gives it a full revisit. It’s part of their Replaying the Classics column which revisits great Star Wars games of the past, explains why they love them, and also how they stand the test of time.

I love this column and I’ve also found that Star Wars games will often hold up to the test of time better than many other games. They’re true classics, like Mario games.

Here’s some of what they have to say about Galactic Battlegrounds:

” In this oft-forgotten gem from the golden age of Star Wars gaming, you command whole armies as they charge into battle. Released in November 2001, Star Wars: Galactic Battlegrounds is a full-fledged real-time strategy (RTS) game, developed in-house by LucasArts using Ensemble Studios’ renowned Genie engine, the same technology that powered Age of Empires II: The Age of Kings (1999). It’s a gorgeous, richly detailed tour of the Star Wars universe with a strong focus on all-out warfare. “

They go on to talk about the simple player, multiplayer and training modes in the game. Single player was always my favorite, but I wasn’t a big multiplayer gamer back then. Perhaps I’d take a different approach today.

” Each Galactic Battlegrounds campaign puts you in control of a unified faction from a galaxy far, far away — the Confederacy, the Empire, the Gungans, the Naboo Royal Guard, the Rebel Alliance, the Trade Federation, the Wookiees. You’ll also fight alongside special characters like Attichitcuk (Chewbacca’s father in the Legends era), a Jedi Master named Echuu Shen-Jon, Princess Leia Organa, and of course Darth Vader. By fighting for territory and managing resources, the game raises your army’s “tech level,” granting you access to new kinds of units, such as special troopers, vehicles, and more powerful weapons. “

They have some awesome screenshots to give you visuals on the game if you’ve never played it. If you’re interested in the game, or just reminiscing about how you used to play it, head on over and give this article from Alex Kane a read. I really think you will enjoy it.