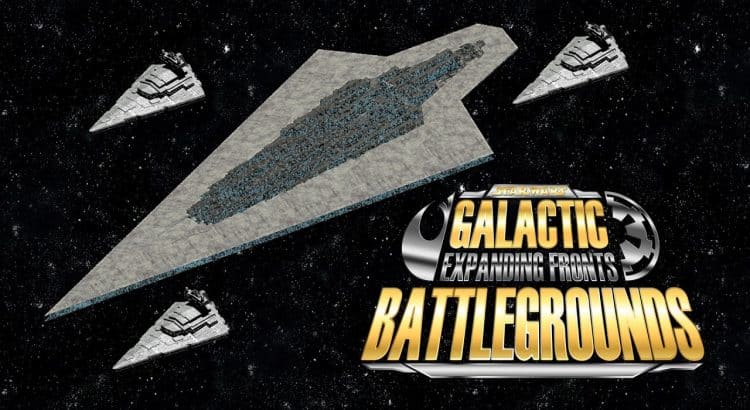 If you are not yet familiar with this new awesome mod released back in December, then it’s time to give it a look. Star Wars Galactic Battlegrounds is one of the classic RTS Star Wars titles released back in 2001. You can find the base game on Steam now and it’s definitely worth it to go grab it. The mod will allow you to play the same old game you know and love but with some upgraded features. It’s all been reworked and there are some great additions so it will feel unique but also still nostalgic for those who played it before. You’ll get new gameplay elements as well as new units and it will have new units, buildings, triggers and more in the Scenario Editor. If you’ve ever wanted to go back and explore Star Wars Galactic Battlegrounds again, doing it with Expanding Fronts is the way to go. The trailer below will also show you what it’s all about if you missed it before when it was releasing.

Here’s what the mod makers have to say about it.

Expanding Fronts is a massive modification for Star Wars Galactic Battlegrounds aimed to breathe life back into the classic LucasArts strategy game by adding various new units, features, and gameplay elements. Each of the 8 civilizations are being reworked and enhanced to make each feel more unique and authentic to the universe, while maintaining the classic Battlegrounds gameplay. In addition, the Scenario Editor is being filled with hundreds of new units, buildings, effects, triggers, and objects to allow campaign and scenario designers more freedom than ever before.

Check it out for yourself below: