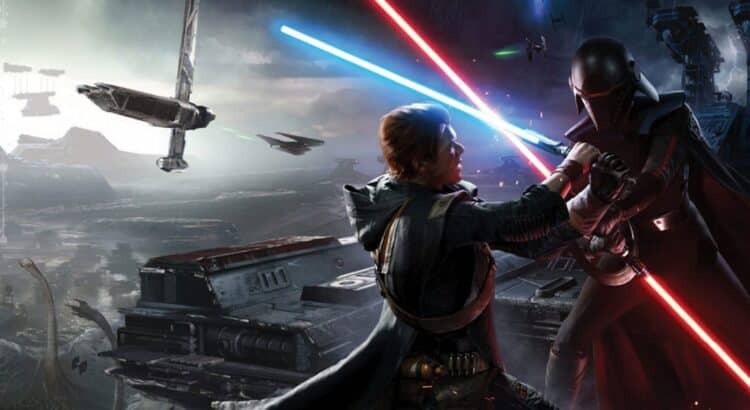 Season 2 of The Mandalorian, one of 2020’s most popular TV shows is successfully completed. And on this occasion, we thought it would be appropriate to remind you of our extensive collection of the best Star Wars games.

Let’s begin with the obvious. The entire film narrative is one enormous drama about the conflict between the Jedi and the Sith, so it’s no surprise that they’re the key protagonists in Star Wars games.

Star Wars – Jedi: Fallen Order is a fantastic and thrilling adventure set in the “Star Wars” universe. And it works precisely because of the saga’s characteristics – lightsaber battles, understandable stories about good and evil, vistas of really beautiful worlds, “fabulously amazing” music in which you can immediately recognize SW, and jokes reminiscent of the classic trilogy.

And another licensed game launched at a period when practically all licensed games were a video game fan’s worst nightmare. The irony is that Star Wars Episode III: Revenge of the Sith isn’t all that horrible. That is, of course, not the best, but it is also not the worst. It allows fans of the saga to play as Obi-Wan and Anakin, play through all of the important episodes of the film, have multiple lightsaber duels, and… change the game’s plot.

The best part is that “Revenge of the Sith” depicts Anakin’s journey to the dark side of the Force better than the film itself. Or, more accurately, there is no transition: Anakin in Star Wars: Episode III is a complete jerk. In an alternate ending accessible on PS2 and Xbox, he pierces Obi-Wan with a sword, sends Palpatine to the afterlife, and begins to govern the galaxy himself.

Before the debut of the Kinect Star Wars, the game appeared to be every Star Wars fan’s fantasy dream game. Unfortunately, once it was released, it was discovered that the Kinect was underperforming, and Xbox 360 owners are unlikely to feel like true Jedi.

Nonetheless, you may still enjoy Kinect Star Wars, especially since the blows with the lightsaber are caused by the player’s movements rather than the gamepad buttons. There was also a spot in the game for a very modest story campaign devoted to training a padawan, as well as a slew of mini-games where you could destroy the village or dance with the heroes of the films.

One of the best Jedi games is Star Wars: Jedi Knight – Jedi Academy. It is possible to shoot with various blasters and rocket launchers, but it is much more fun to hit the enemy with a lightsaber and use “the Force”. Okay, in one of the missions, the hero’s blade is forcibly taken, forcing you to use a different weapon, but that’s only one mission .

Your hero in Jedi Knight: Jedi Academy is a student at the Jedi Academy, where Luke Skywalker teaches himself. The game’s events take place ten years after the Jedi have returned: the second Death Star has been destroyed, and Palpatine and Vader have died. So, why are there troubles in the galaxy for the duration of the game? After that: For some reason, a couple of absolutely insane individuals, devotees of the old Sith religion, decide to resurrect Marka Ragnos, who perished thousands of years ago.

Overall, Jedi Academy is a fantastic game about Jed world. The sword fights in it are masterfully coded, and the fights are followed by sparks, lightning, and the enemy’s screams – everything is fine, just try it out.

One of the fans of Star Wars universe described his love to francise as: Star Wars is incredibly universal, and the combination of depth and slightly grotesque fantasy drew me in. Spending time delving into this universe is a lot better than watching some “fun” letspays or wasting time on lesbian mature videos. “Star Wars” cannot be taken literally (as many perceive “The Lord of the Rings” or “Harry Potter” trying to recreate the world of books in reality), so Lucas’ universe in his role most closely resembles ancient Greek myths – no one thinks of himself as Odysseus , but his image and destiny become the basis of art and real life.