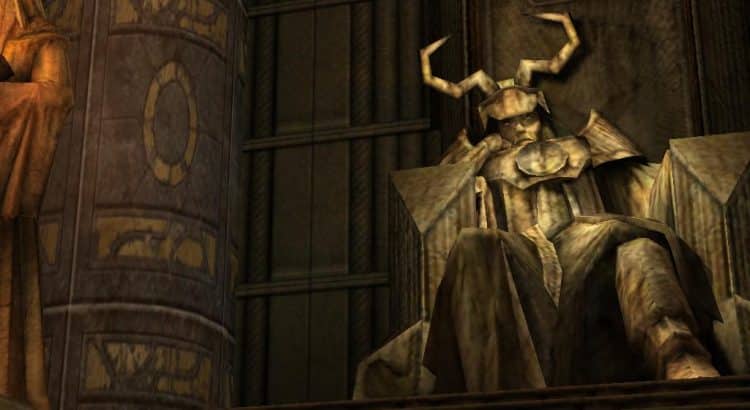 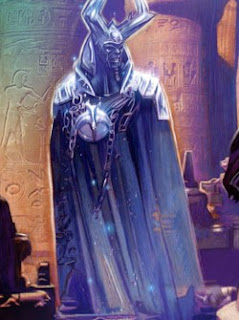 Marka Ragnos was a half-breed Dark Lord of the Sith who was immensely powerful, both physically and in the Force. He defeated Simus in combat, proving himself worthy of the mantle of Dark Lord.


The tomb of Ragnos on Korriban appears in the games Star Wars: Knights of the Old Republic and Star Wars: Jedi Knight: Jedi Academy. However, the tombs in each game are dissimilar to the other. This was likely for reasons of game structure, rather than a suggestion of the tombs being at different locations. The same phenomenon is seen with the Valley of the Dark Lords as a whole. Another theory is that his tomb underwent a renovation after being desecrated by Revan and his followers.

While a figure of importance in Sith history, Marka Ragnos has actually never appeared in a story in which he was alive, much like another influential Sith Lord, Freedon Nadd. 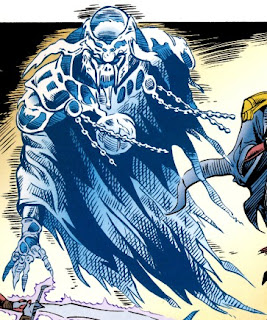 Biography
Feared, obeyed, and admired among the Sith, he was considered to have been the greatest Dark Lord of the Sith of his time. The details of his century-long reign are few, although his death marked the end of the golden age of the Sith Empire, despite his reluctance to continue expansion. Before his death, he likely composed the epistle of Marka Ragnos. Immediately following his funeral, a schism erupted between the leaders of the Sith, and further events led to a major war with the Galactic Republic and ultimately, because the schism was never healed, the end of their interstellar empire.
His death resulted in the rise of another Sith Lord, Naga Sadow, shortly before the Great Hyperspace War. Ragnos lived on as a Force Ghost after his death, trapped within the confines of his tomb in the Valley of the Dark Lords on Korriban.

About one millennium after his death, Marka’s spirit was summoned from the grave using a pair of Sith talismans and crowned Exar Kun as the new Dark Lord, and Ulic Qel-Droma as Kun’s apprentice, all in an attempt to restore the lost empire of a thousand years prior. The Great Sith War devastated the galaxy once again, but the Sith Empire was not restored.

Ragnos’s spirit dwelt in his tomb until once again returning from beyond the grave, this time summoned by a Sith cult known as the Disciples of Ragnos whose leader was Tavion Axmis, Desann’s student.

Tavion used an ancient scepter made by Ragnos to drain residual Force energy and use it to empower her followers. She then planned to use the collected energy to resurrect Ragnos. When Jaden Korr entered the tomb, intending to stop Tavion, she managed to resurrect Ragnos by allowing his spirit to possess her body, but was nevertheless defeated by Jaden. Ragnos’s ghost was forced back into his sarcophagus, screaming out a dark promise that he would return.

Marka Ragnos didn’t wield a lightsaber, the common weapon of the Sith Lords and the Jedi Knights. He wielded a Sith sword, consisting of a metal blade enhanced by Sith sorcery, a weapon of the primitive Sith race. He could hide the sword inside his scepter. Apparently only he knew of its hiding place, as Tavion did not draw it until she was possessed, despite its power. He also owned a pair of dark gauntlets which increased skill with a melee weapon or lightsaber.