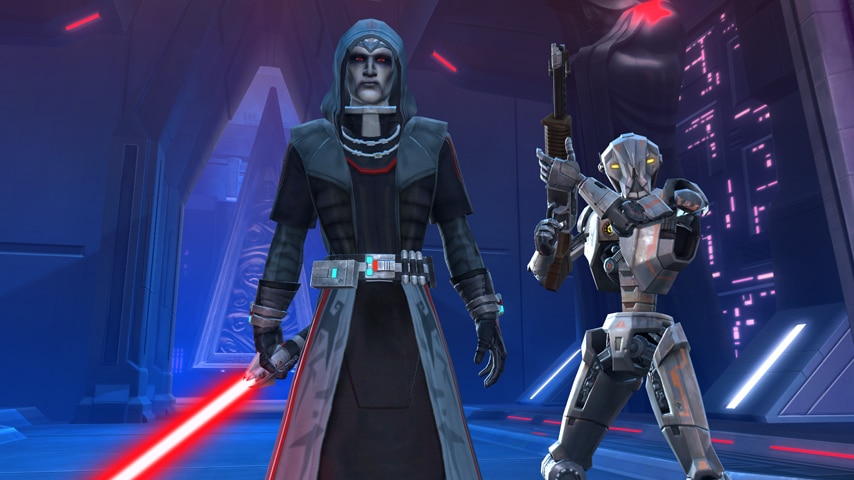 James B. Jones stopped by the community developer blog for an update on HK-51. Co-author of the Star Wars™ : The Old Republic Encyclopedia, Jones knows a lot about SWTOR. He shared some exciting classified intel about the new HK-51 companion character in Game Update 1.5!

Here’s a snippet from the blog:

Though the HK-51 model is outfitted with all the features of his predecessors, several upgrades are also included in the package. Practical use suggested that overly-ambitious engineers may have programmed previous HK models to be a little too bloodthirsty. Make no mistake—the HK-51 model still relishes violence in all its forms, but efficiency is now its guiding directive rather than brutality. Field tests have proven that the HK-51 model is far more reliable and effective in combat due to these upgrades. Despite the emphasis on efficiency, HK-51’s primary directive is still to eliminate his target at any cost. When all other options fail, HK can activate a self-destruction charge to eliminate both himself and his target, ensuring a completed assignment.

Ok, sounds pretty cool and everything I have seen and read about HK-51 so far points in the direction of awesome. It looks like one more reason game update 1.5 may really boost the game, which is good for anyone currently playing as well.

The one big question that every has is “when, when when?”

It’s easy to understand why players are anxious for new content, new story and a new awesome companion like HK-51. What are you most looking forward to in 1.5?

Read more on the developer blog.