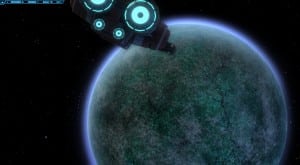 One thing that I was super excited about before the launch of Star Wars: The Old Republic was the space combat. I was not the only person who felt quite let down by what we ended up with. I wasn’t expecting it to be EVE Online but I did expect something a bit more than what we got.

The good news is that BioWare is listening to player complaints and they have many plans in mind to improve space combat and features in the future. Until recently, they have remained fairly tight-lipped about this portion of the game but recently, Lead Designer Daniel Erickson revealed some secrets in an interview with Now Gamer.

”Full 3D space battles’ topped a recent poll of new features that SWTOR players want to see in the MMO; when asked how many new features were still due to hit the game Daniel Erickson told NowGamer that space would see exciting times ahead.

“Oh my, there is so much,” he told us. “”We hit a bunch of the core Star Wars fantasies, but there’s so much stuff that’s still floating out there. We’re not ready to talk about it yet, but the next iteration of space is the single thing I’m most excited about in the entire future plan.””

He went on to say:

“”As a company BioWare has always been incredibly player-focused,” he explained. “”One of the things that really impressed me when I got here was that long before we were doing MMOs, the BioWare forums themselves were far, far more active and robust than you would ever expect from a company that mainly does single player games, role-playing games that people are playing by themselves.

“”We got letters from fans, and emails from people and discussions on topics – and we were constantly responding to people and getting in front of this stuff, and having those discussions really early. Ray and Greg [BioWare co-founders] have always pushed the culture of humility over everything – what that means is that when people start yelling at you ‘you’re screwing up’ you have to listen.”

I pretty much have to agree with all of those points, at least in my experience. BioWare didn’t get everything right on day one with SWTOR but they are listening to play complaints and do seem to be making efforts to change what they can, when they can.

One thing really rings true with me from Guild Summit where they discussed the Legacy System and how they did not want to launch it broken. When they realized it wasn’t going to be ready at launch, the team was sad but they knew they needed to hold off until it was completely ready. So why did they launch the game with that silly Legacy bar that meant nothing?

Well, how would you feel if you bought the game, leveled to max on your main and possibly on some alts and then a couple months later they issue a patch that introduces the Legacy System? But you already maxed your character before there was such a thing! You better believe BioWare would have had some angry fans. They planned ahead and added the bar so your experience still counted before there was official any Legacy system at all.

This is just one more example of how BioWare is always thinking and planning ahead. I’d like to think that the space combat system as it exists right now is not what BioWare intended with the game but either way, they listened when they were told it sucked and we all have something more to look forward to.

I, for one, am ready for some full 3D space battles!