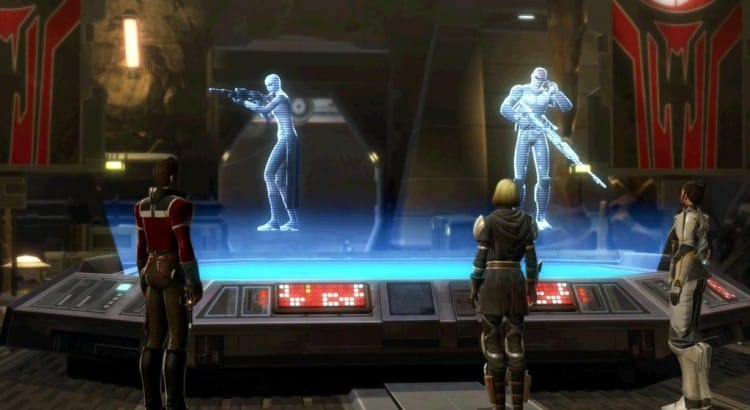 So SWTOR is not alone in the world of “weird stuff that happened to me” when it comes to MMORPGs. I have more than a few stories I could tell as well. Two of my favorites are “I gotta go to New Jersey” and “Sorry guys, my grandma died.” Both of these are amusing to me in the way in which they were delivered. I’ll give you the short versions:

Gotta Go to New Jersey – This was a WoW story, actually. We were all queued up for a dungeon. It wasn’t anything too difficult. I think it was mid-30s stuff when the level cap was still 60 (Vanilla WoW here). We have a good group and we’re moving right along at a steady pace when suddenly our healer says, “I gotta go to New Jersey.” His character stops moving and I think one of us said, “What?” and then POOF! He was gone. Ninja logged in the middle of the run with no further explanation. Whatever he needed in Jersey, I hope it was worth it.

My Grandma Died – I would normally not laugh over the death of someone else. (I’m not some sort of monster.) In this case, I’m laughing at the delivery of the news, rather than the news itself. We’d doing a run with a pick up group; just me and a guildie, everyone else is strangers. It was going alright but one of the member stops and asks us to hang on a minute. We do, and when he returns he says he has to bail. No biggie; it happens. But then he says, “Sorry guys, my grandma died.” Of course, no one knew exactly how to respond appropriately to this. You want to be sympathetic but you also don’t know the person or the situation. So I say that I’m sorry for his loss and he replies, “Don’t be. I didn’t even know her.” Then he leaves. Well okay then…

Sometimes weird stories from MMOs are not just funny, however. There are times where they are creepy and even downright scary. You just never know who you’re dealing with on the other side of a screen and you also don’t know how stable they are. You never can be too careful. Reddit has a handful of stories like this but this one by FuryOfADyingMan is probably one of the creepiest. They had an awful encounter with a tank for their run of Legacy of the Rakata and it wasn’t going to end quickly or easiest.

You can read the full story here but it’s a nutty tale of a player who queued as a tank in DPS gear, was eventually kicked from the group, only to seek vengeance in an annoying (albeit possibly creative) way by employing the help of guildmates. I feel really bad for the group that had to tolerate this entire fiasco.

Have you ever had something weird like this happen to you?