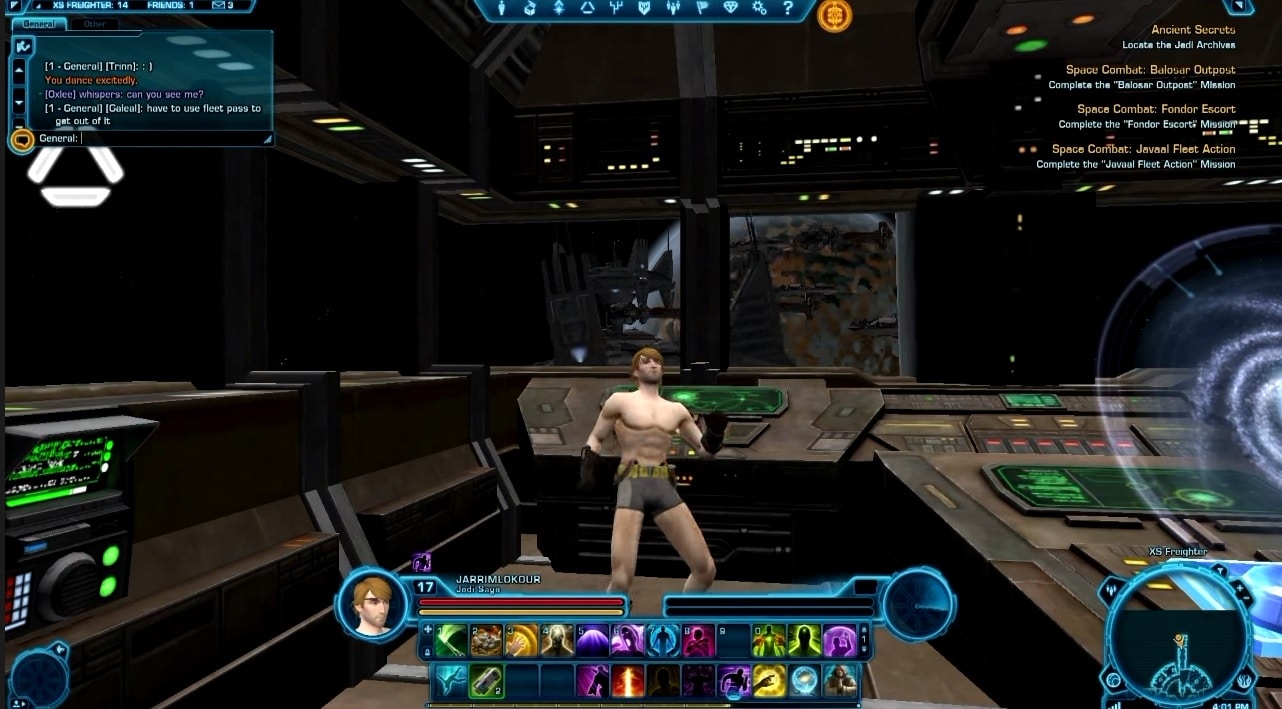 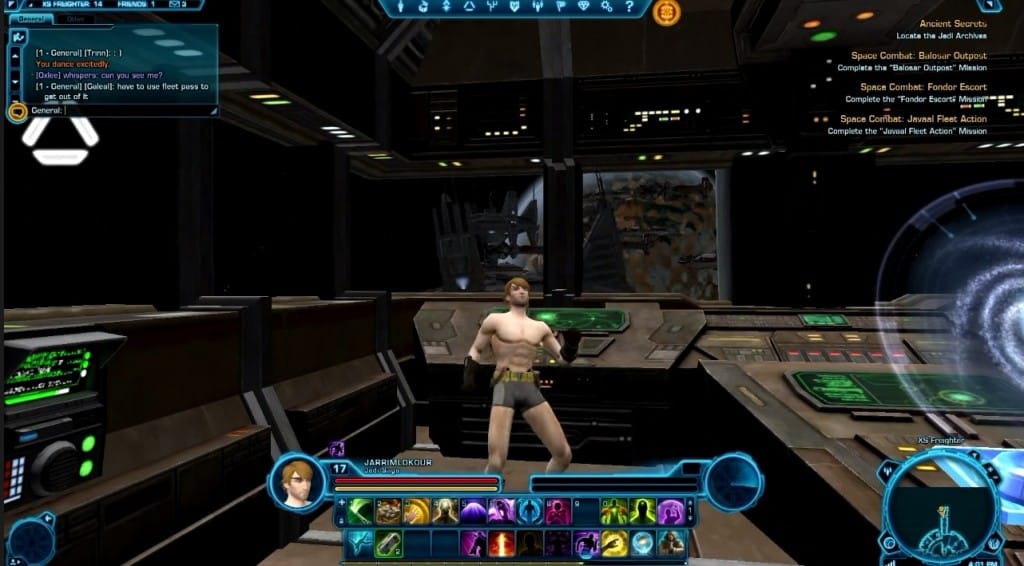 Here’s a fun little bug from 2012 that some of you might remember.

“As it turns out, there’s a bug that’s existed in Star Wars: The Old Republic for some time now. If you’re a Jedi and try getting onto a Smuggler’s ship, you’ll be trapped in this ghost instance where you can’t leave or do anything, but everyone can still see you. You’re basically a ghost, haunting peoples’ ships.

Annoying at the time, but hilarious in retrospect.”

We find this entertaining for two reasons. One: it reminds us of the early days of SWTOR and two: we love seeing fun videos of people being silly and making the most of a bad situation.

For those of you who remember, this bug would trap you inside the ship, putting you into other people’s ships and you could not escape until later when they released a patch. Escape pod, emergency fleet pass, stronghold, etc., nothing worked. Were you hit with this bug way back when?