As we celebrate the release of Star Wars: The Old Republic: Revan today, Star Wars Books, has released an interview with author Drew Karpyshyn. In the interview, Drew Karpyshyn Talks about every thing from his work on the Mass Effect series, new Darth Bane stories plus goodies about the new SWTOR Book we talked about a few weeks ago.

Can you reveal anything about next TOR novel you’re writing, currently set for a Fall 2012 release?
I can’t really say anything right now, other than that it will take place after the events of the game.
One of the criticisms of The Old Republic, based on the cinematic trailers we’ve seen, is that the technology is too similar to that of the Original Trilogy. What do you think about that? Should the technology used 4,000 years before A New Hope be extremely primitive compared to what we see in Episode IV?
It’s an established convention in the Star Wars universe that they’ve reached a technological plateau. They’ve had hyper drives for 20,000 years, and that’s probably the most difficult/significant technological achievement a society can develop. So if you can travel between systems in days or hours, anything else – weapons, vehicles, etc. – is probably already going to be as advanced as it can get. Things might get slightly faster or more efficient, but the overall technology isn’t going to change very much.

One can only guess what events will take place after the events of the game, but it might be a hint on future expansions? Anyways, Check out the full interview here 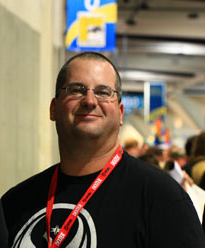