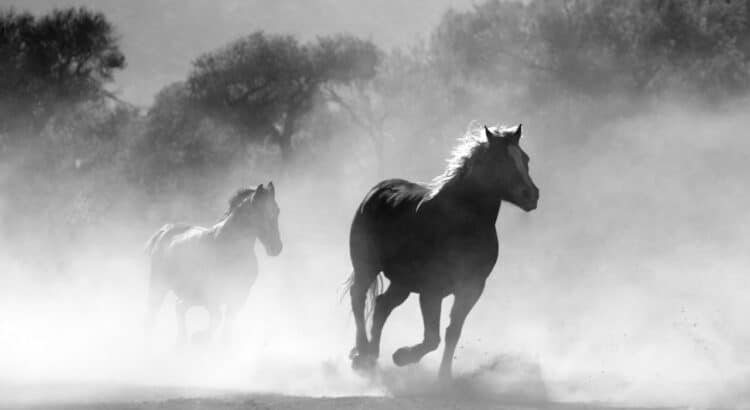 For some, this means a promise to lose weight. For some, it’s steps toward saving an amount of money or gaining a new skill. Still others might pledge to spend more time with family or friends.

For fans of the racetrack, however, a new year can mean a clean financial slate and an opportunity to brush up on betting tips.

How can you start 2023 off on the correct lead? You can check here the betting terms and start getting the hang of it: twinspires.com/betting-terms

Many people assume that any given dirt or turf track has the same surface and “feel” for those horses running over it. However, that is not the case.

Although the tracks are labeled as simply “dirt” or “turf,” the truth is that each track is different. The dirt tracks in Southern California, for example, have a reputation for being relatively hard, while Belmont’s main track in New York is known as “Big Sandy” for a reason!

Similarly, turf courses vary from climate to climate. Tracks in hot climates, such as Gulfstream Park in Florida, tend to be somewhat drier and firmer, while courses up north such as Woodbine in Ontario, Canada, run a bit softer. This is especially important to pay attention to when betting a turf race with European entries. Grass courses in Europe, particularly in England, are much softer on average than North American ones.

Horses are very sensitive creatures, and what may seem like a small difference in track composition to us could make all the difference for them. It is important, therefore, to get a sense of how a horse feels about a particular surface before placing a large amount of money on them.

One way to do this is to pay attention to the horse’s morning workouts over the track. If possible, watch the workouts in person or track down a video recording; while the times and distances of the workouts can be useful, it is also helpful simply to watch how the horse is moving. Does the horse glide over the surface or flounder through it?

You should also look at a horse’s past races over the surface. This was particularly important at the recent Breeders’ Cup races, where prior form at Keeneland proved to hold up on the big days. Both of the winners of the two-year-old dirt races (Wonder Wheel in the Juvenile Fillies and Forte in the Juvenile) had previously won Keeneland’s big prep races; the next day, Caravel (Turf Sprint) and Malathaat (Distaff) both proved their past Keeneland performances were the real deal.

There’s a lot of math involved in handicapping races.

Thankfully, there are a few formulas we can use to make the process simpler and more reliable.

One of the ways we can do so is to use speed figures. These are numbers designed to reflect the overall speed and quality of a given racehorse’s performance, eliminating mitigating factors such as weather and track bias. It is also a relatively reliable way to compare two different performances by two different horses at two different tracks.

For example, let’s look at Flightline’s performance in the 1 ¼ mile Grade I Pacific Classic Stakes (Del Mar) alongside Olympiad’s win in the 1 ¼ mile Grade I Jockey Club Gold Cup (Saratoga). Flightline received an E Speed Figure of 128 and Olympiad received a 121. Many people who witnessed the three preps thought that Olympiad’s performance was not nearly as strong as Flightline’s or that of other horses preparing for the Classic, but the numbers show that while Flightline was clearly dominant, Olympiad was more competitive than his race might have looked at first.

This held true in the Breeders’ Cup Classic: Flightline won easily, but Olympiad was the best of the rest and paid a nice $12.38 to place.

All In The Family

All racehorses represent a union of different bloodlines, and some of those bloodlines harmonize more than others.

When studying the PPs before betting a race, it is always a good idea to look at the statistics of the sire and the broodmare sire. Do these horses tend to produce fast runners under the conditions of this particular race at this particular distance? If the sires are experienced enough, certain patterns of progeny performance will make themselves known.

Furthermore, certain combinations of sires and broodmare sires can produce what is known as a “nick.” That means that horses from a combination of these particular lines have a history of racing success.

One example of a potential “nick” that we saw emerge in 2022 was the combination of the sire Curlin and broodmare sires from the A.P. Indy line. This combination was responsible for the top fillies Nest, Malathaat, and Clairiere, who were all multiple Grade I winners in 2022.