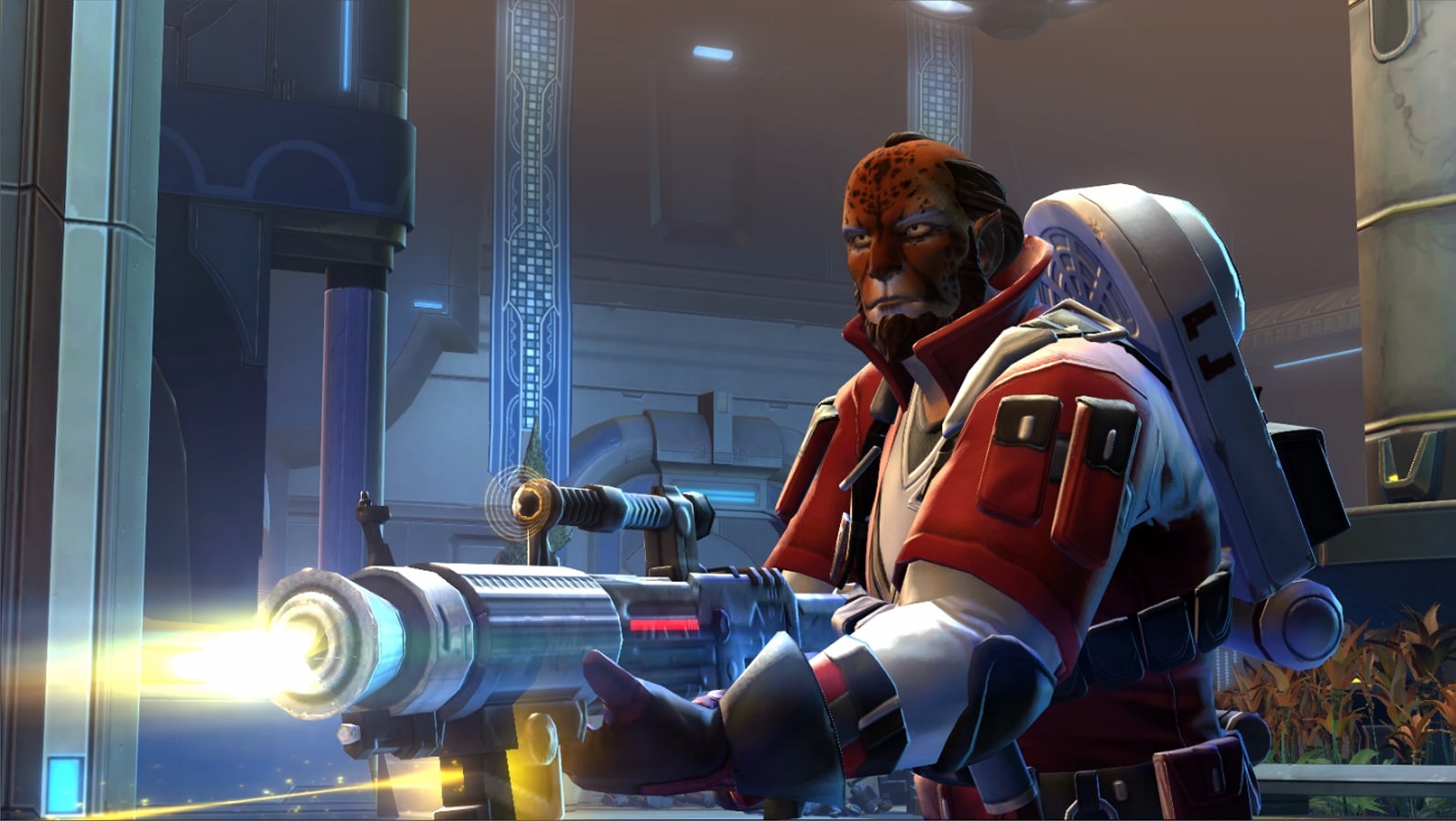 The Cathar Race is coming to SWTOR in game update 2.1. We brought you the news previously but it seems now that there are some misunderstandings going around about how the race will be introduced to the game and why Bioware chose this method.

Eric Musco, SWTOR Community Manager clears up some misunderstandings about the Cathar race coming to SWTOR:

There is clearly some frustration around this but I believe there are also some misconceptions about Cathar and our intent for subscribers so I wanted to hopefully clarify some of that for you. One thing we have stressed before and one thing we will continue to do with the Cartel Market is to use it for customization and convenience options. Another goal we have stressed for the Cartel Market is to not use it as a method for pay to win.

Game Update 2.1 does introduce entirely new customization options, like the Cathar, which will require Cartel Coins in order to gain access to. Although I understand your frustration around this, we always take into consideration when pricing Cartel Market items that all subscribers receive a monthly grant of Cartel Coins. For example, if you are currently a subscriber who has a security key active on your account, you will be able to outright purchase Cathar with just one month’s worth of Cartel Coins. We also try to give you as much notice as possible around new features like this so that if it is your desire to purchase these unlocks, you will be able to do so solely through saving your monthly Cartel Coin grant.

What I think is a misconception is that this is setting a precedence that we are going to take things away from subscribers. I cannot stress enough that this is simply not something we ever intend to do. The features and functions that you pay for right now as a subscriber will remain in place. We would not, for example, suddenly require you to pay for an unlock to run more Flashpoints. On the flipside of this though, the intent of the Cartel Market is to continually add new and fun cosmetic and convenience features and in some circumstances, subscribers will have to pay Cartel Coins to access these as well. I just want to specifically call out that we will keep these cosmetic as we would certainly not want to place any of our players at a disadvantage for not spending money, AKA not implementing pay-to-win.

One thing I do want to call out for Game Update 2.1, which you will see more details on in the future (from both us and from fan sites) is that subscribers will see a substantial discount on some of the features being implemented in Game Update 2.1, such as Appearance Designer. Not only was your monthly grant kept in mind when pricing the items themselves, but overall things are far cheaper for you as a subscriber than a free-to-play or preferred status player.

I know that just the principle that subscribers are being charged for Cathar is causing some of your frustrations, but I hope that I could at least explain a bit about why and to help alleviate any concerns that we would ever take something away from subscribers.

So there you have the official word. The issue with most players seems to be that Bioware is charging for customizations that other games offer for in-game currency. The argument is not so much that players will have to pay to unlock the Cathar race but rather that some players feel they are being money-gouged for each and every new feature that comes out in the game.

This might not be such an issue for free-to-play gamers but some of us purchased the game from the start. Many even paid a hefty sum for the collector’s edition and now to be nickled and dimed for every single new feature that comes out in the game is frustrating.

Players argue that they should not have to pay for minor cosmetic changes like eye color or armor color and that Bioware is taking it too far. Eric’s comments on the forums don’t seem to do very much to calm the storm of angry players who feel like Bioware is just trying to suck all they can out of gamers.

What are your thoughts on the issue?