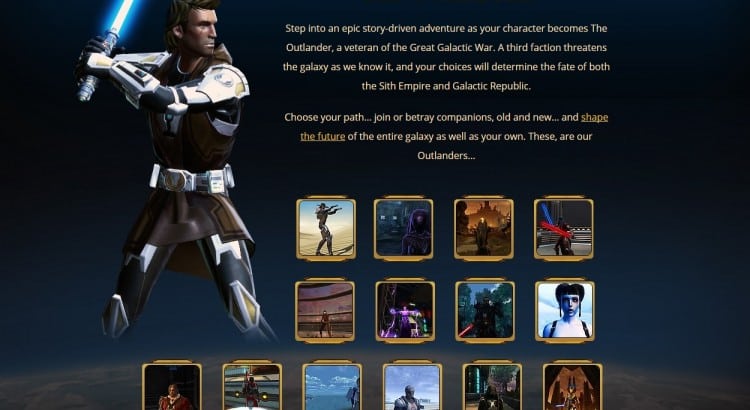 You know how we love bringing you stories of cool projects done by fans and for fans? Well, here is something pretty awesome! This gallery contains 599 characters, 287 Redditors and there was even an overall winner. What are we talking about? The Outlander contest and project.

Step into an epic story-driven adventure as your character becomes The Outlander, a veteran of the Great Galactic War. A third faction threatens the galaxy as we know it, and your choices will determine the fate of both the Sith Empire and Galactic Republic.

Choose your path… join or betray companions, old and new… and shape the future of the entire galaxy as well as your own. These, are our Outlanders…

These screenshots are of the characters of members and visitors of the /r/SWTOR subreddit, a forum for discussion about Star Wars: The Old Republic. This project was created by Swtorista , to showcase the creativity and variety of character creation in SWTOR. The process for the gallery is explained here .-