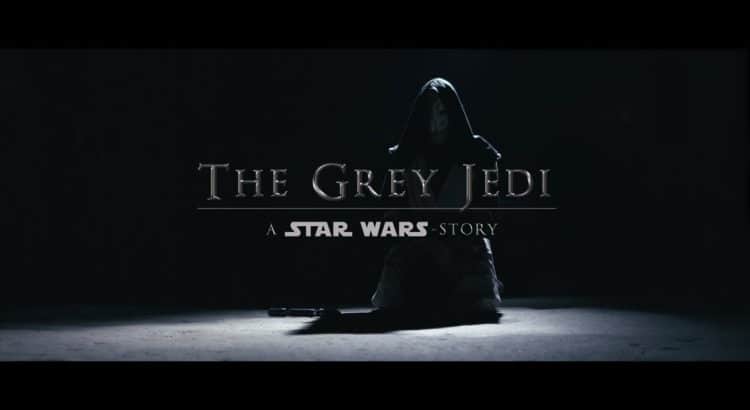 You guys know how I feel about fan films. I’ve said many times before that some of these fan films are just as good (or better in some ways) than a lot of the professional films out there. This is one that I can say with confidence is on that list. This is an absolutely amazing fan film! My only complaint is that it’s so short. I wanted to see more. I truly hope that this crew continues making more films because I’ll be first in line to get to see them.

If you want to check out The Grey Jedi yourself, it’s shorter than 10 minutes so it won’t take up a lot of your day. It’s something you can do on a quick break even. So give it a watch! You’ll be so glad you did.

Prologue : As the War of the Sith raged over the years populations of entire planets were destroyed. Among the victims both Jedi and soldiers of The Old Republic.

Against the warnings of the Jedi council, Daivos Koran-gär, guardian of the Jedi temple, joined the conflict. Unable to endure the planetary suffering, afraid of losing his little sister whom he was protecting, and unwilling to wait for the Sith to come to him, Daivos became a relentless fighter with the soldiers of the Republic.

However, as they secured ground on the battlefield, the Sith attacked the very heart of the Republic, the Jedi temple Daivos was once sworn to protect. Arriving there too late, Daivos watched in horror as the security holograms showed the Sith destroying and slaughtering everything and everyone in their path including Jedi and even the children, some of them executed and others kidnapped.

Daivos never saw his sister again, and overwhelmed by anger, his thirst for power overcame the force within. Searching for years, Daivos Koran-gär found one of the last remaining strongholds of the Force which he believes can help him find his sister and defeat the Sith.

Edited in Premier Pro & After Effects 2018