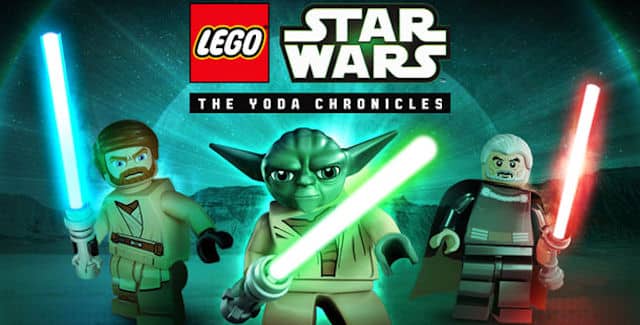 I was super excited when my son (yes, my 6 year old) told me about LEGO Star Wars: The Yoda Chronicles and when I looked it up to find out it was free in the Play store, I was excited. The LEGO Group has released more than a dozen Android titles already but their first tie-in game is LEGO Star Wars: The Yoda Chronicles. This might give us our Star Wars fix with a break from Angry Birds. I was all about it!

So I went and I looked it up. “Free in the Play store” they sad… and yet, I couldn’t find it. So I dig a little deeper and I find out, it’s not compatible on my phone. So I try on my tablet. Nope, not compatible there either.

I looked it up online and many other reviewers are saying the same thing- that it’s only available on older Android devices. That’s a real bummer as it sounded like a fun little game and I like the LEGO series of games.

So I looked for a review to be able to give you more info and honestly, there were not many good ones to be found. Most people just said they were not able to play it on their device, like myself.

And for those who were able to play it, the verdict was not nice. IGN says to “Stay the Hoth away” from this game and here is the lead-in to their review:

I would’ve expected a Star Wars LEGO game to receive just as much TLC as the excellent iOS ports of Harry Potter and Batman, but LEGO Star Wars: The Yoda Chronicles comes up far short. Instead of an adventure filled with family-friendly fun, we’ve got a bare-bones and lifeless attempt at what could best be described as an incredibly half-hearted strategy-action game.

You can read the full review here but be warned, they are harsh.

I really wish I could try it myself and see if it’s as bad as everyone says but since it’s not compatible with any of my devices, there isn’t much else to say.

Have you tried the game? If so, what do you think about it?