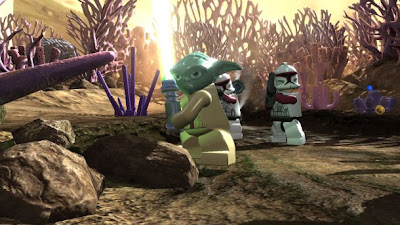 Ah, the LEGO series. It’s surprisingly been a good one.

Not necessarily triple-A, per se, but from Batman to Indiana Jones and Harry Potter, they’ve all been pretty darn solid titles. And how could we forget the LEGO Star Wars series and all of its inherent adorability? We just can’t.

And this commercial for LEGO Star Wars III, which will hit the Nintendo DS, 3DS and Wii later this month, doesn’t do much to combat that statement. Just look at Yoda at the end of the spot. TELL ME YOU DON’T WANT TO PINCH THOSE CHEEKS AND PURR!

Check out the cuteness below.