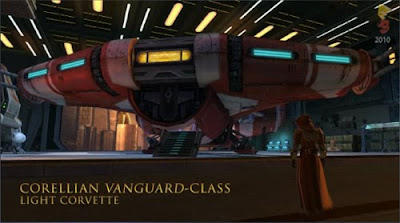 If you are curious about Star Wars: The Old Republic’s space combat (let’s face it, who isn’t?), BioWare has posted a space combat trailer that will feed your need!

Just as expected from the information that has been floating around the net, space combat does appear to be fast paced mission scenarios meant to give players a taste of something a little different than typical ground combat. While SWTOR won’t be releasing with the option to explore space in any sort of open format, BioWare has stated some possibility of future space gameplay.

Check out the SWTOR space combat trailer and let us know what you think! Will you be hunting down these missions in game to get your chance to pew pew your way through space? Share your thoughts below.