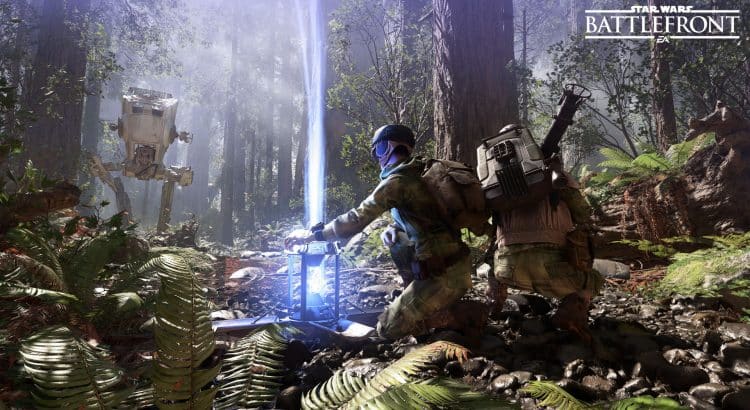 To the Star Wars™ Battlefront™ community:>

It’s been a busy 2016 for us so far, as we’ve been working on adding a lot of new, free* content to Star Wars Battlefront, while also launching the first expansion pack as part of Season Pass, Outer Rim. We’re excited to see that you’re enjoying the new maps we’ve added on Hoth, Tatooine, Sullust and Endor, that you’re out earning new weapons with Hutt Contracts, and for Outer Rim owners, that you’re taking advantage of the new heroes, Greedo and Nien Nunb.

We are always listening to community feedback and working to improve the game, and are very excited about what’s to come. In the next few months all players can look forward to free* additions like:

More New Content – We also have a couple of surprises in store that we know our fans have been looking for, especially those who have been clamoring for ways to have more options to enjoy Star Wars Battlefront offline”. More to come soon.

Specific for May the 4th – In celebration of Star Wars™ Day we have cool activities planned that we’ll announce soon.

This June, Season Pass holders will also receive our second digital expansion pack, Star Wars™ Battlefront™ Bespin. We’re taking players in and around Cloud City, with four new maps for all of our most popular modes. You’ll see AT-ATs in Cloud City, take to the skies in Fighter Squadron, and even spend time in a carbonite chamber. Of course, we’re also adding more blasters and Star Cards, a new game mode, and two new iconic characters we’re really excited about – Lando Calrissian and the cold-blooded bounty hunter, Dengar.

Speaking of heroes, we know they have been one of the things you most like about the game; we’re happy to confirm that there will be eight total heroes included in the Star Wars Battlefront Season Pass which includes Greedo and Nien Nunb released with the Outer Rim pack) – two more each in both the Death Star expansion and our yet-to-be-revealed fourth expansion pack. More on the heroes to come this summer.

On behalf of our team at DICE, we look forward to seeing you on the battlefront soon! May the Force™ be with you!