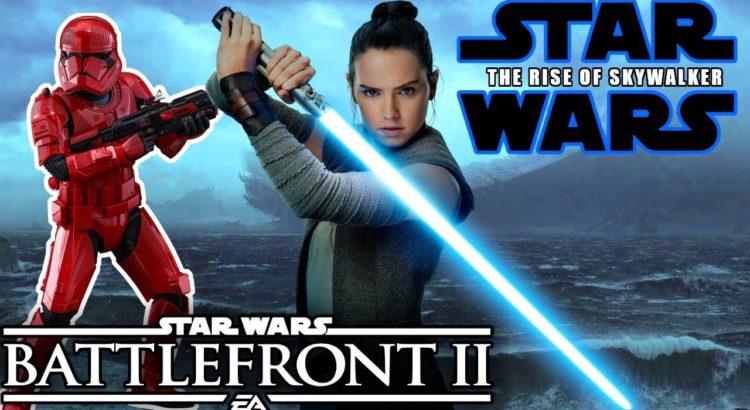 Getting a little bored with Star Wars: Battlefront 2 and need a reason to keep playing or take another look at it? Well, December may very well be your best chance to do so. The entire month has been dubbed a “celebration month” by EA DICE and it all kicks off with the addition of The Rise of Skywalker content for SWBF2.

The developers have been tight-lipped when it comes to what to actually expect from the Skywalker update, unfortunately. It’s probably safe to assume, however, that we will see the addition of some new maps and possibly a new character or two.

This new content update is, of course, due out just before the theatrical release of the new movie – Star Wars: The Rise of Skywalker. The movie will hit theaters on December 20th and is a continuation of the latest series of Star Wars films beginning with The Force Awakens and its sequel The Last Jedi.

An exact launch date for Star Wars: Battlefront 2‘s The Rise of Skywalker content hasn’t been announced just yet. Given the movie is due out on the 20th, we assume the game’s update will be released around the same time. It is a promotional tie-in for the film, after all.

A few new updates SWBF2 will be available this month as well. This includes fast spawn in Blast and Strike, double XP weekend events, triple XP weekend event for Starfighter modes, and every Wednesday throughout the month will provide 24 hours of double XP as well.

All of this information was made known to the public on Twitter via Ben Walke from EA DICE.

Star Wars: Battlefront 2 was released in November of 2017 as a sequel to the reboot of the series. It is available for PC, Xbox One, and PS4. All platforms will be receiving both the November update and The Rise of Skywalker add-in content coming in December.

Star Wars Battlefront 2 is available via AMAZON for PS4, XBOX and PC. Qualifying purchases through Amazon earn money for swtorstrategies.com as an Amazon associate. Thank you!

One thought to “Star Wars: Battlefront 2’s The Rise of Skywalker Drops Next Month”