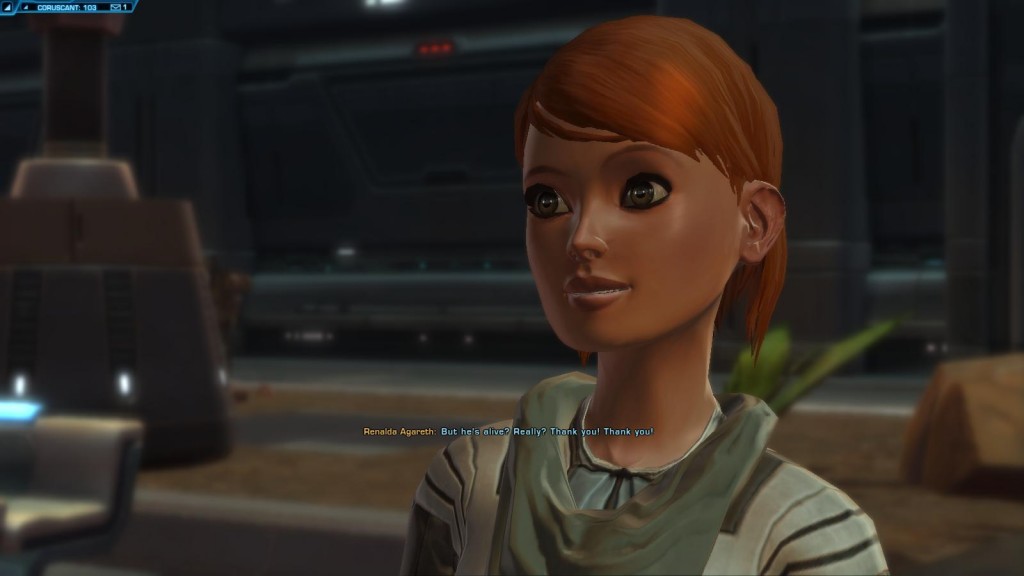 Eric Musco has an interesting forum post today, on how BioWare handles feedback. Basically he is saying that SWTOR developers are indeed listening to what  the community have to day,   but it’s not  easy to implement what the players want, or do not want. There is a technically part to the game, and let’s also be honest, most people on the official forums are insane!

Reading through the forum thread started by Eric, I can’t stop laughing.   Many people are now writing stuff like “Well, since you said you do listen…ANSWER ME THIS!” and ask a random concern that they believe is the biggest problem of SWTOR right now. I would  shoot myself if I was a moderator over at swtor.com. I guess it’s true that you will  never find a more wretched hive of scum and villainy. We must be cautious. Reminds me of the good old Jeff Woods rant

Check out the full lenght forum post below, or check it out real time over at the official forum.

The very simple answer to this question is that yes, we absolutely listen to player feedback! However, the answer is technically a lot more complicated than that.

I think sometimes players on the forums wish that the process was just as simple as “I want X thing to be like Y” and that we can simply just change it to Y. Unfortunately it is a lot more complex, but I think this could be a good post to give some insights into what player feedback looks like on our side.

It happens very often internally where we, the community team, will raise issues to the development team that we have seen from player feedback. This is anything from a bug to just a general amount of criticism on a certain feature. What we help to provide is player feedback in as constructive a way as possible. This way it will give the developers perspective on how you folks are reacting to a system, both the good and the bad, and what you think can be changed to improve it.

This is where it gets complex, we provided player feedback, but that is just one small component of everything that goes into when a decision is made. From there, our developers can then grab metrics to see if the player feedback is supported through data. As a random, made up example:

“Players are complaining that the Assassin skill “I kill stuff” is worthless and no one uses it, it needs to be replaced.”

Our developers could pull skill information on every Assassin in our game and validate what % of players are using that skill, or not using it. With data and feedback in hand, the developers also have to consider a few other components, how will it affect the company (if it is tied to monetization), how much development time will it take, if we use development time for this change will it affect something else? In this example if the developers see, using data, that 93% of all Assassins use “I kill stuff” than we can see that most likely it is just a perception issue that the skill isn’t good. However, it doesn’t mean the player feedback is wrong, it just means that we have two pieces of the decision making process that don’t agree and more research is needed.

It should also be stated that sometimes there is feedback or ideas that come to us via player feedback that we ourselves love. However from the development side they are very difficult, time consuming, or simply just not possible. Sometimes this can be even be for things that appear like very simple changes to our game when in fact they are quite the opposite!

One of our roles as a community team is to pass on your feedback and to act as your voice in these discussions. What is important to understand is that player feedback is just one of many components that go into each decision. I also would note: remember that something like the forums are actually just one small component of player feedback. The community of our game is the forums, social media, and the many, many other players in-game who don’t talk about SWTOR on either of those mediums.

I hope that gives a bit of insight into what happens with player feedback when it is received. I know it can be frustrating to feel like your feedback isn’t always listened to but I assure you that your voice has a seat at the table.