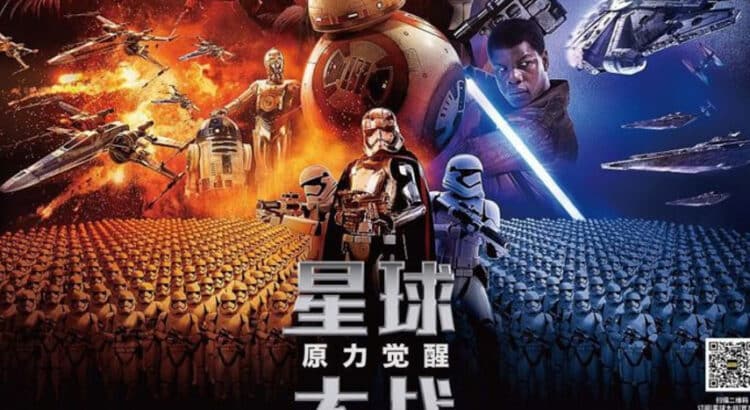 The Star Wars franchise took the world by storm when it debuted back in 1977. Combining science fiction with a charismatic cast of characters, a charming storyline, and incredible action set-pieces, the first star wars movie was a smashing hit that inspired tons of other films and made the franchise what it is today. The franchise has been reigning at the top of the popularity charts in North America and is widespread (to a lesser extent) in Europe. In Asia, Star Wars is quite popular in Singapore, Japan, and the series has a lot of following in Indonesia.

Iconic characters such as Darth Vader, Luke Skywalker, and Han Solo have amassed a lot of fame over the years, owing to the popularity of the franchise. Needless to say, droids, Jedis, and mysterious alien races add a touch of intrigue that draws people into the series, and the storylines involving these characters that are capable of pulling at one’s heartstrings can be attributed to the uptrend in the number of fans worldwide.

While many other franchises emerged in the early ’70s, none left a mark as significant on the entertainment industry as Star Wars. Many franchises simply disappeared with the onset of the 21st century. Star Wars, however, has cemented its position at the center of the pop culture world and, with its ever-growing number of fans, proves that the series is here to stay!

Dialogues, quotes, and phrases spoken by characters have become so popular that even people who haven’t watched a single Star Wars movie are aware of them. The nostalgia factor of the original films adds to the experience, and the fanbase of the series has been steeply increasing as the years go by. Heck, the Jedi code has inspired a religion that is based on it, Jediism!

Although the Star Wars franchise has expanded to comics and video games, it’s the movies that have primarily contributed to its popularity. Ranging from live-action to 3D CGI to simple animation, Star Wars movies and television shows are universally adored by the young and the old alike. The action, character-drama, and storyline that keep the audience on their toes is a staple of the franchise, and this popularity continues to expand as more and more media is released every year.

Passing the baton of excellence to the Comics and Games

Once the franchise established its roots, it began branching out to other forms of entertainment. The Star Wars comics were received exceptionally well by the fans and lovers of Star Wars. Over to the games, Star Wars: Knights of the Old Republic is not only an outstanding game but is also considered as one of the greatest games ever released! The LEGO Star Wars games have always received positive reviews, and the recently released Star Wars Jedi: Fallen Order was considered as one of the best games released in 2019. The multiplayer game Star Wars Battlefront II is beloved by casuals and hardcore veterans.

Asian spotlight: Thailand (not as popular)

The success or the lack thereof of the Star Wars series in Thailand is quite puzzling. Although the view base of Star Wars has started rising in Asia, the situation is contradictory in Thailand. Some claim that is due to a bunch of reasons: the primary reason being that anyone who hasn’t watched the original trilogy wouldn’t be able to enjoy the newer ones. The newer films heavily focus on the characters, ideologies and factions introduced in the original trilogy and the world-building is largely inspired by the older movies as well. In order to jump into the series, one would have to watch the original movies and all the subsequent media in order to get a hang of the general storyline.

Star War movies also lack cultural appeal as the setting and world-building rely on Western fantasy tropes. The player base of the newer Star Wars games doesn’t include many players from Thailand, which proves that these games haven’t been popular in Thailand. It appears that the Thai audience seems to prefer internationally-popular games like COD, Fortnite and the adult audience focuses a lot on online games of luck – for example, online slots are a huge hit in Thailand as reported by the popular BettingNews88 website, with players from Thailand making up a significant fraction of the player base.

The lore of Star Wars is a pretty big rabbit hole to jump into, and many people get overwhelmed by the sheer amount of content the series has. Leaving non-canonical or non-chronological media aside, the movies that strictly adhere to the original trilogy are numerous, which makes it difficult for any newcomer to jump into the franchise. Not to mention, films such as Transformers and Fast and Furious have been more popular in Thailand, and these are filled to the brim with graphically advanced action scenes. The Star Wars series, be it movies or games, have been dialogue heavy which repels audiences who wish to see raw, unfiltered action scenes.