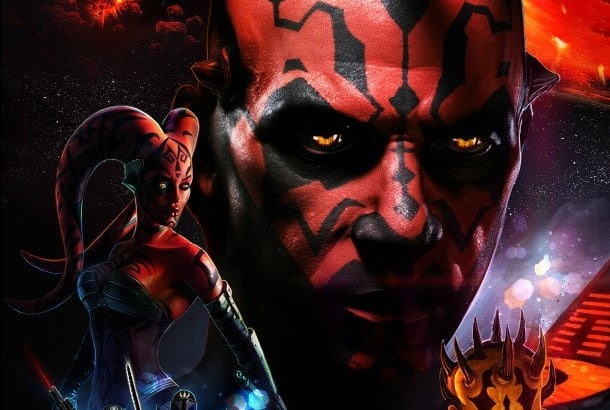 A game starring Darth Maul, the popular Sith Lord who debuted in Star Wars: Episode 1 – The Phantom Menace… it sounded fantastic. So what happened? Many fans were left disappointed to hear that the Darth Maul Star Wars game would never be. Austin-based developer Red Fly Studio wanted to give a new experience and perspective to the Star Wars story. They wanted to show a dark coming-of-age tale, where players would witness and experience Maul as a young boy being forced into the Sith hierarchy.

“We wanted people to see him as a kid kidnapped by emperor Palpatine and tortured – physically, mentally, and emotionally – becoming this powerful Sith Lord,” says a developer who worked on the project but wishes to remain anonymous. “You got angry, you got frustrated, and you made the same mistakes he did. No one has ever seen Sith training up close. No one has ever seen how to construct a Sith from kid to adult. We’ve only seen the five-second turn: Anakin Skywalker cries a little bit, and then he’s evil.”

Sounds exciting, right? But alas, the game was cancelled and fans were sad that yet another promising Star Wars game was flushed. Or was it? Now we’re hearing rumors that it just might be revived.

In a recent Reddit AMA, Red Fly Studio CEO and owner Dan Borth says
they are ‘currently working on a “full, next-gen demo of all things Maul’ to present to EA. “…you would play as a young Maul, aged 9 or 11; the story would lead up to directly before the events of Episode 1. …We wanted to show what he went through to become a Sith. Showcase the torture the Emperor put him through,” he said. “Show how you as the player would have made the same mistakes and ended up a Sith.”

If EA is not interested in a Darth Maul game, they’re hoping “…EA will see the value in us reskinning our combat mechanic to be more in line with what they are thinking for Star Wars””
Here is some footage that is said to be from the previously cancelled game:

So what do you think? Would you want to play this Darth Maul game if they revive the title and it makes it to completion? Maybe we will see “Codename Damage” come to light. Some other Star Wars games we wish were not cancelled include Star Wars First Assault and Star Wars 1313.

One thought to “Insider Look at the Cancelled Darth Maul Game”