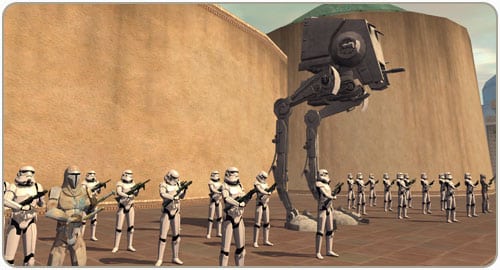 SWG Restoration is a completely redesigned SWG server with improved balance, new content, items, effects and abilities all in the pre cu engine. There are several SWG servers out there today growing in popularity but they are not all created equally. We know that SWG fans want to find the best servers, maintained by devs who know what they are doing and also who love the game, and where they have enough fellow fanbase to have people to enjoy the game with. So if you have not already, Restoration might be one to look into. They also have some useful guides up on YouTube as part of a SWG How-to series.

Here you can find the full list of SWG Restoration Jedi guides.

Here are a couple of the guides:

Just some things the server has:

-Some NGE houses, but not the gaudy ones

And lots of future, upcoming plans to improve. There is a loyal fan base here and regular players. It’s built on Basilisk’s open source code so  it has everything that it has also.

Learn more about Restoration at: http://restoration-gaming.com/

(Their website is still a work-in–progress so be patient if you encounter problems.)