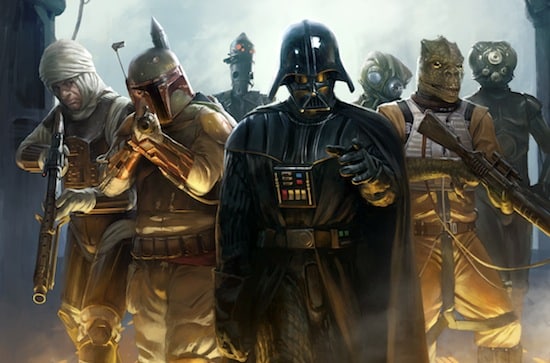 Disney is a company that knows how to get the most out of a popular thing. The franchise is a leader for a big reason. With the new Star Wars movies coming out starting in 2015, they are probably already cooking up lots of good merchandising deals and other great ways to make money off the popularity that the new movies are going to bring.

So while we all know this to be true, much of what is said about Disney’s plans about the Star Wars franchise is just speculation. Outside of rumors, we don’t really know anything for a fact. But as the release date for the movies grows closer, we do see more rumors coming out.

This one, for example, has us a little bit interested. Cinelinx.com says they have it on an authority source that Disney is already casting for a Star Wars Live Action TV Project.

I know it’s not often that we post information from our own sources concerning rumors and what not (though we were spot on when it came to the first Godzilla trailer), but I felt this was too good to not share with you guys.  According to my source, who I can’t name, Disney’s casting auditions for Star Wars haven’t just been limited to the upcoming film,Episode VII.  Rather, they were told the people holding the auditions were casting for roles in as yet unannounced television projects including “specials and mini-series“.

Sadly, there’s no word given on what these projects might be, but I have a guess or two.  Last year, a leaked image (above) from the European Brand Licensing Show hit the net that seemed to show investors some of the plans Disney had for the Star Wars brand.  One of the things listed was a Darth Vader TV Special, and since that image leaked, there’s been absolutely no mention of this.

Perhaps this is the TV special our source is referring to, which would make some sense.  Since the Darth Vader special is listed as being set for 2014, Disney would have to be working on it now if they still want to make that happen.  Granted, that image also said that Episode VII was on track for Summer 2015, and we know that’s no longer the case; so it’s very possible that any proposed date for this Darth Vader special could be changed as well.

Read the full story for yourself to find out more about this rumor and let us know what you think. When it comes to the new Star Wars brand, what are you looking forward to seeing?