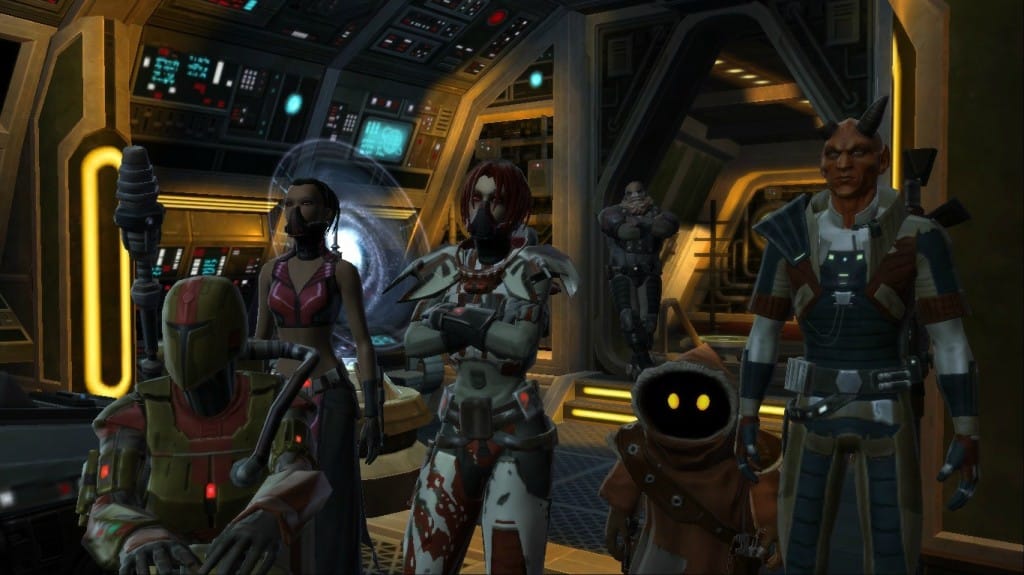 It’s that time again! Time for a double XP weekend. As Tait Watson | Community Production Coordinator tells us on the SWTOR forums, “Advance at double the speed this weekend as you fight for the Empire or the Republic in exciting story missions, PvP Warzones and more!”

You can learn more from this News article:

Advance at double the speed this weekend as you fight for the Empire or the Republic in exciting story missions, PvP Warzones and more. Whether you’re a new or experienced player, it’s the perfect time to jump in:

And if you read one of those initial posts and got confused by this line “NOTE: You do not gain Double XP while playing Galactic Starfighter.” It turns out it was actually a mistake. Eric Musco, Community Manager clears it up on the forums and on Twitter:

Sorry for any confusion we caused, you WILL earn double XP for your character by playing Starfighter: http://t.co/iYyc8QWqdu

So there you have it- will you be participating in this Double XP weekend? This is a great time to level up an alt, finish a toon you started before or bring in a friend to try out SWTOR.  You can get leveled up in no time- reaching max level in the weekend if you really wanted to.  So grab your Hot Pockets or snack of your choice and turn off the phone because it’s time for a fun, double XP weekend!