Georg Zoeller is a funny guy. We’re not laughing at him, we’re laughing with him on this post in the official forums where some players seem to have complaints about the guild summit, 1.2 and what is and is not coming in the future of the game.

Originally Posted by Coldin
One thing that I was really hoping would come out of the Guild Summit was more information on what class balances would be taking place in 1.2. There’s been some hints here and there that changes are coming. IGN even reported that Jedi Knights will be receiving some new skills, while Bounty Hunters will be receiving a nerf. In fact, entire skill trees are changing so greatly they’re actually refunding our skill points for free.

However we have yet to see any details about this. With 1.2 being pushed out to early April, it’s becoming more difficult for me to remain patient. In particular with the reduction to damage to Scoundrel Scrapper damage, and the relative silence of Bioware to concerns about the classes effectiveness in Operations and PVP. I’m not eager to have to wait another month to find out how classes will be changing to become more balanced, and I’m sure many others are becoming impatient as well.

All of the other 1.2 changes and additions sound great so far, but they won’t mean much to me if certain classes are still inherently better than others. Let’s hear some information about what 1.2 will be doing to classes in particular, and don’t skimp on the details.

When I read this post, my initial reaction was much like Georg’s that would follow. I was at the Guild Summit and took very careful notes and video/audio to make sure I got my facts straight but the fact of the matter is that there are a lot of rumors going around about info that was released there. Some info that I hear spreading around on my server and SWTOR communities is completely made up where others are variations of the truth.

I loved Georg’s response to this one and it’s well worth the full read but it’s the last line that had me wanting to stand and applaud him (although I’d look ridiculously doing that randomly here in my office):

“If we ever reach the point where every class thinks they are completely balanced and everything is great, I’ll take the red pill and unplug from the matrix.” ~ Georg “Observer” Zoeller, Principal Lead Combat Designer 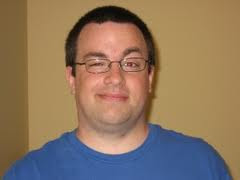