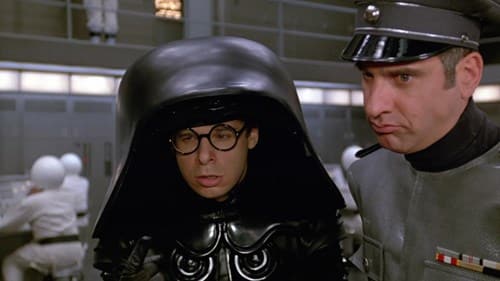 People have been asking for it and it seems we just might be getting it! The movie Spaceballs was famous for spoofing the Star Wars franchise and is nearly as iconic as the Star Wars movies themselves. It only begs the question then, will we see a new Spaceballs now that a new Star Wars movie was released? Well, comedic genius Mel Brooks says it’s going to happen.

Brooks was on Adam Carolla’s Take A Knee podcast earlier this year and confirmed the sequel was in early stages of development. Filming will begin in 2016 and Brooks plans to try to bring back as much of the original cast as possible. The working title as of now is Spaceballs: The Search For More Money.

There are some challenges, particularly with trying to bring back the original cast. John Candy, who played Barfolomew, sadly passed in 1994. Most fans agree they’d rather not see that character return than have it brought back with someone who cannot truly capture Candy’s spirit (and that’s a tall order). Joan Rivers and Dick Van Patten are two other deceased cast members who had important roles.

Supposedly a lot of the weight of the Spaceballs sequel would lie in whether or not Rick Moranis could return. Last year, an interview with Brooks by Parade revealed that without Moranis, Brooks wouldn’t do it, but mentioned his helmet is in storage and available when ready. So there you have it! We now have something to look forward to in between new Star Wars films.