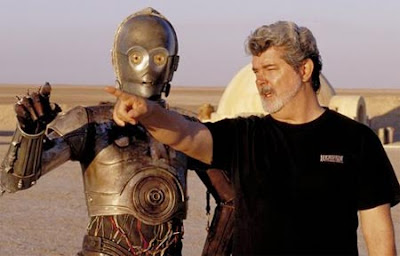 Have you ever felt unappreciated in your job or maybe in some other role in your life? As a full-time writer, I can tell you that I definitely know the feeling. However, someone you might not expect to know that feeling is George Lucas. At 67, he’s created an empire of himself, namely with his Star Wars legacy and also four popular Indiana Jones films. So you can imagine Lucas’ surprise when he pitched his new film, “Red Tails” and no one from Hollywood even wanted to take a peak.

The New York Times reports on what must have been a new feeling for George Lucas:

“He made a movie about a plucky band of freedom fighters who battle an evil empire — a movie loaded with special effects like no one had seen before.”

In an interview with the New York Times, Lucas explains why he is retiring from Star Wars.

“I’m retiring,” Lucas said. “I’m moving away from the business, from the company, from all this kind of stuff.”

Lucas says he will not be making any more Star Wars films, partly because of the complaints from the viewers. This was his creation- his brainchild- and yet, they didn’t like much of what he did with the special edition releases of his films. They didn’t like the prequels, didn’t like how he changed the original movies and they didn’t like the merchandizing. They blamed Lucas.

Since 1997, Lucas has seen and heard the backlash of the unsatisfied fans and he doesn’t appreciate it.

When asked about the possibility of any new Star Wars films, Lucas responded bluntly, “Why would I make any more when everybody yells at you all the time and says what a terrible person you are.”

Good points, Lucas. Personally, I say make what you want and who cares what they say to you? I love the Star Wars films and you certainly can’t please everyone all of the time. But then again, the man is 67 years old and he’s earned the right to do what he wants. It’s a sad, sad thing for those of us fans who wanted to see more movies, of course.

“I think there are a lot more important things in the world” than feuds with fanboys, Lucas says with a kind of weary diffidence.
(All six “Star Wars” films will return to theaters in 3-D, beginning in February.)